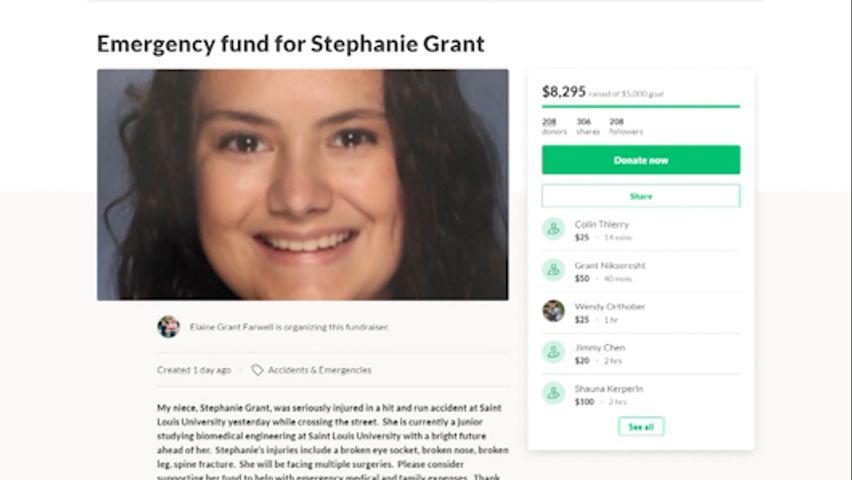 JEFFERSON CITY - After a former student received serious injuries from a hit-and-run accident in St. Louis, a 'family' is doing everything they can to support her.

"It's amazing how she's improving," her mother, Maruca Grant, said. "When we try to think what happened to her and how it happened, we think it's a miracle that she's with us."

"I had the privilege of teaching Stephanie in kindergarten," Resner said. "And my kindergarten class prayed for her this morning.

He said aside from constant prayer, the classes will be creating special drawings and cards while the faculty creates an uplifting video.

He said he most looks forward to the students creating cards and drawings for Stephanie.

"You never know the different colors, and different sayings." he said. "I remember receiving those and it always brings joy to me."

"She was very much into wanting to build, and I remember telling her family she could be a future engineer," Resner said. "And she is currently studying engineering in St. Louis, so that's pretty exciting."

The family has published a Go Fund Me page for Stephanie Grant while she undergoes surgeries.