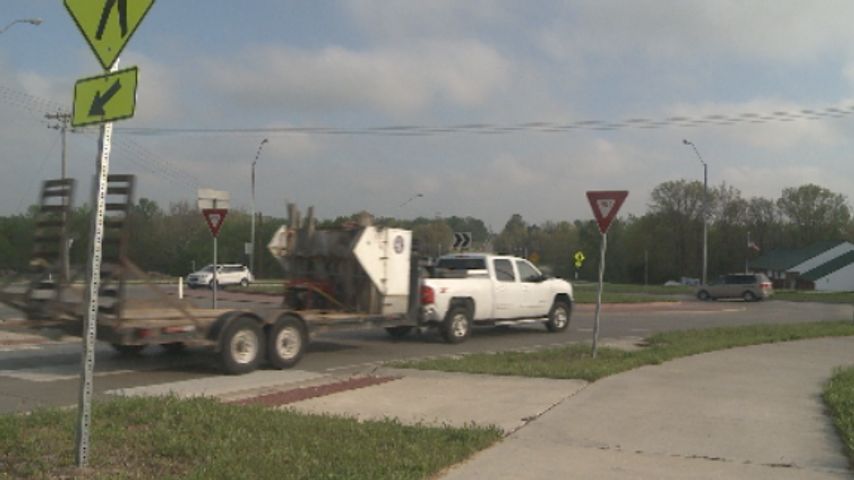 COLUMBIA – The entire Scott Boulevard corridor is set to open Friday afternoon after about seven years of construction work.

The city is finishing the last section of the final phase of the Scott Boulevard Improvement Project that was first approved back in 2005. The project was constructed in three phases to lessen the impact on local residents as much as possible.

In 2009, the first phase of the project began with work on Rollins Road to Brookview Terrace. Barry Dalton, public information officer for Public Works, said this phase of the project cost over 15 million dollars. This included an arterial roadway with traffic signals and pedestrian crossings at Chapel Hill Road and Rollins Road, as well as wider sidewalks, vehicle lanes and marked bicycle lanes.

In 2014, the city continued with sidewalk and bicycle improvements on both east and west sides of the road to connect with the MKT trail. This phase also included a bridge over Hinkson Creek and a roundabout at the Vawter School Road intersection. Dalton said this phase cost just under six million dollars.

In 2016, the city worked on the final phase from Vawter School Road to Route KK. Dalton said the goal here was to reconstruct street pavement, sidewalks, storm drainage and utilities to increase safety and convenience. He said this final phase cost nearly 11 million dollars.

Jacqueline Kelly, a resident on the west side of town, said she does not travel often down Scott Boulevard, but she does walk a portion of the road. She believes traffic flows well and the improvements should help.

The funding for this long project came from a variety of taxes, fees and grants.

“It not only adds value to that area—as that’s an expanding area of town—but its also a north-south corridor for traffic that needs to pass through there.”