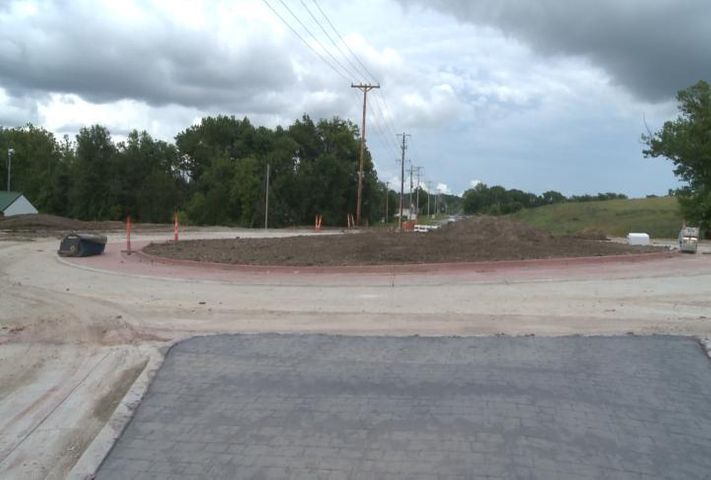 COLUMBIA - Workers from Columbia Public Works have been working on the construction for the Scott Boulevard Phase II project since March and continue to get closer to completion.

On May 27, workers closed the three-way intersection at Scott Boulevard, Vawter School Road and Brushwood Lake Road to convert it into a roundabout.

In addition to regular weekdays, crews have been working weekends and extended hours to complete the project even with the recent rain in Columbia.

Since the closure of the intersection, many people have had to find alternate routes. Many have chosen to go through the Copperstone neighborhood to get from Vawter School Road to Scott Boulevard angering residents and causing traffic congestion.

"We know there has been unfortunately some cut-through traffic through the Copperstone development and we know people that live there probably are not happy about that but it's something that was bound to happen," Columbia Public Works Public Information Specialist Steven Sapp.

Resident Beth Brendler is excited for the roundabout to be open. "It will be super nice having Scott Boulevard open because it will make commuting easier," Brendler said.

The roundabout project was given a 21-day period for completion.

The new roundabout is scheduled to open Tuesday, June 17.