Winds reached up to 160 mph in Jefferson City tornado 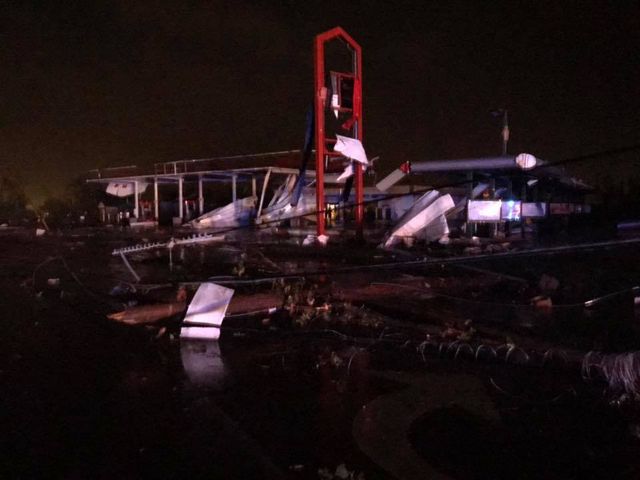 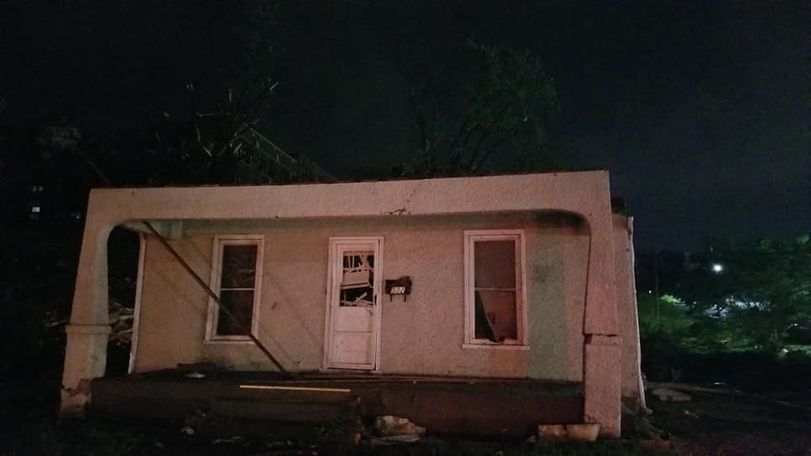 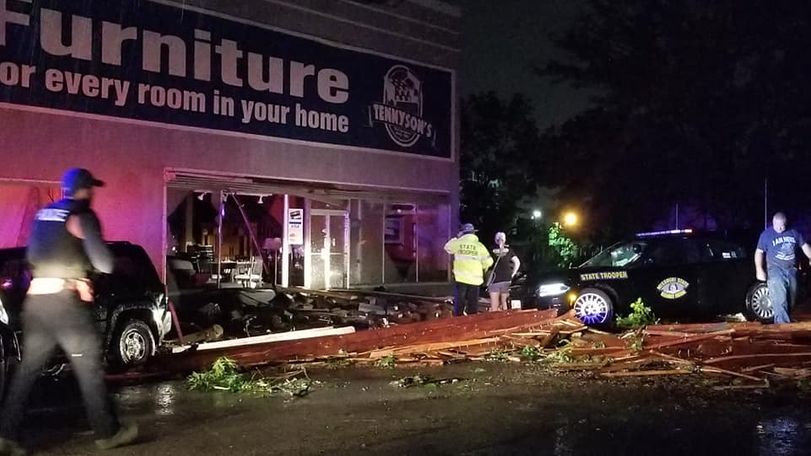 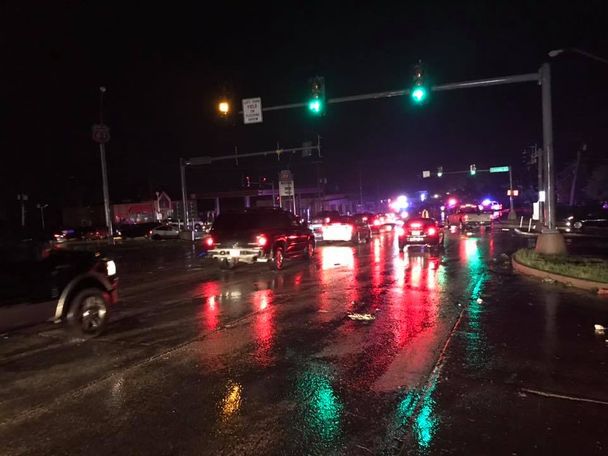 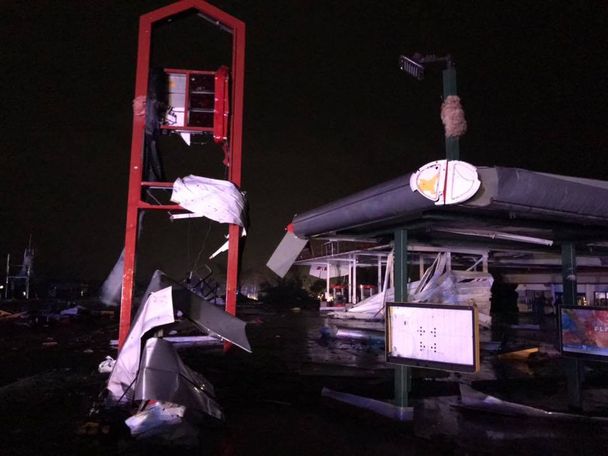 JEFFERSON CITY - Initial assessments show the tornado that swept through part of Jefferson City Wednesday night had winds as high as 160 miles per hour, according to Jefferson City Police Lt. David Williams.

A National Weather Service survey team rated the maximum damage at EF-3 on the Fujita scale.

Bricks, glass, trees and metal are strewn down streets and many buildings are sagging. The president's house at Lincoln University is in such bad shape, the Missouri Department of Transportation was worried debris could fall on the road, so it closed both lanes of Route 50 eastbound from Monroe Street to Clark Avenue while repairs are made.

Jefferson City Police Lt. David W. Williams called the aftermath of the storm a chaotic situation. Mayor Carrie Tergin declared a state of emergency and police have instituted a curfew from 10 p.m. to 5 a.m. Thursday. The curfew area is bounded by Lafayette Street on the east, Stadium Boulevard on the south, Madison to the east and the Mississippi River to the north.

Williams said no fatalities were reported in Jefferson City but dozens of people were treated for storm-related injuries.

All available Jefferson City police officers were on-duty trying to establish a perimeter to determine areas with the most need for emergency resources.

The American Red Cross set up emergency shelters at Thomas Jefferson Middle School, the YMCA on Stadium Boulevard and the YMCA on Ellis Boulevard. The Red Cross is urging people to contact them by using the Red Cross Safe at Home App.

A communications executive from Ameren, the power company that serves this area, has confirmed 13,000 power outages in the area and seven reported gas leaks. Three Rivers Electrical Cooperative said it still had about 2,000 people without power and they could be in the dark several more days.

Jefferson City officials want people to stay off the streets unless necessary and said residents shouldn't start clean-up efforts due to fallen power lines and utilities within damaged buildings.

Lincoln University located in Jefferson City will be closed Thursday through Tuesday.

Jefferson City Mayor Carrie Tergin has declared an emergency, saying all efforts are needed to recover from the storm.

Many people in Jefferson City were heartbroken by the damage but thankful that the storm was not deadly. On Jackson Street, dozens of houses were torn apart from the storm. On Thursday evening, many people walked down around the area to look at the damage.

"Being that we have kids of our own, seeing kids clothes strewn everywhere... kind of hits you close to home," said Sarah Pierce, a mother who lives near where the tornado hit. "There's just a lot of destruction. It literally looks like a bomb went off in Jeff City."

Nathaniel Dickinson II's home was damaged, but his neighbor's was completely destroyed.

"I'm just shocked by it. I just can't believe it happened to them and not to us," he said.