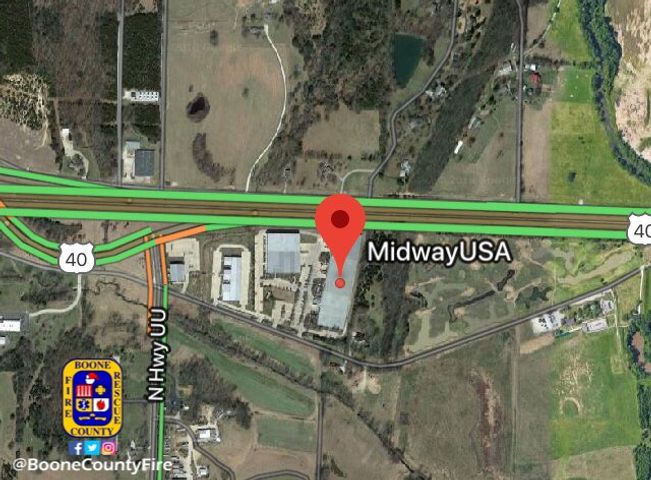 COLUMBIA - The Boone County Fire Department said a search had ended Thursday at Midway Travel Center, where a child was seen running from the scene.

An employee at a nearby daycare called the Boone County Sheriff's Department after they say they saw a girl jump out from the bed of another employee's truck.

The girl was seen running into a field near the north end of the Midway Travel Center.

The Sheriff's Department then asked the Boone County Fire Protection District to assist in the search.

The Missouri State Highway Patrol was also called in to help with the search and rescue efforts.

A drone team used thermal imaging to survey a field and wooded area north of the travel center.

Gale Blomenkamp, the assistant chief of the Boone County Fire Protection District, said no missing people have been reported in the area so they are not sure if the girl is actually missing or not.

"If this all started at 1:30 this afternoon, it's hard to say how far she could have gone in four or five hours. You can imagine how big that search area could be," Blomenkamp said. "So if she's not wanting to be found, it's going to be pretty tough to find somebody out here in this terrain."

According to a tweet from the department, the scene was cleared at 5:45 p.m. and no children were reported missing.

The girl is described as a white female between the ages of 10 and 14, wearing a green hoodie, and cut off blue jean shorts. Officials are asking anyone in the area to keep an eye out for the missing girl and reach out if they have any more information.