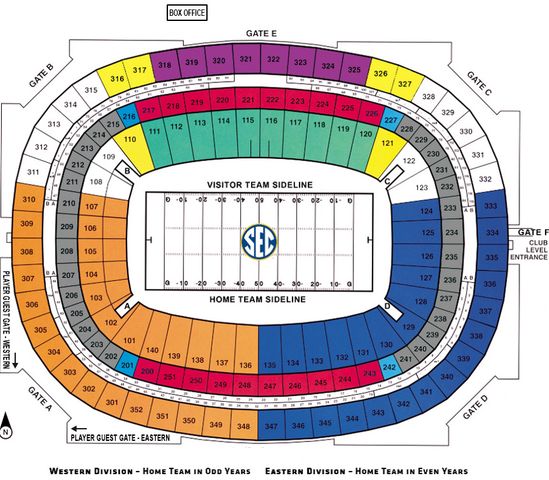 COLUMBIA - Tickets for this Saturday's 2014 SEC Championship Game are already sold out on the SEC's official website, but that doesn't mean you can't buy tickets anymore.

This may actually be a blessing in disguise for fans looking for cheaper tickets. As of Wednesday evening, tickets were as low as $80 on some resale websites, cheaper than the $100 face value on the SEC's ticket website. Lower level tickets were even as low as $120, compared to a $140 face value.

According to SeatGeek, an online ticket search engine, ticket prices are the lowest they've been in five years. SeatGeek searches other online ticket markets and displays them all in one area. A member of SeatGeek's communications department, Connor Gregoire, said in an e-mail that the cheapest ticket at this time last year was $223.

"Since we weren't getting as many people as we wanted in the time that we needed to fill up our trip, because we wanted to have it sold out by today, which it did at like 2, we opened it up to everyone else," Tiger's Lair Game Day Co-Chair Veronica DeStefano said.

DeStefano said there are around 200 people going on the trip this year, and she estimates only around 110 of them are Tiger's Lair members.