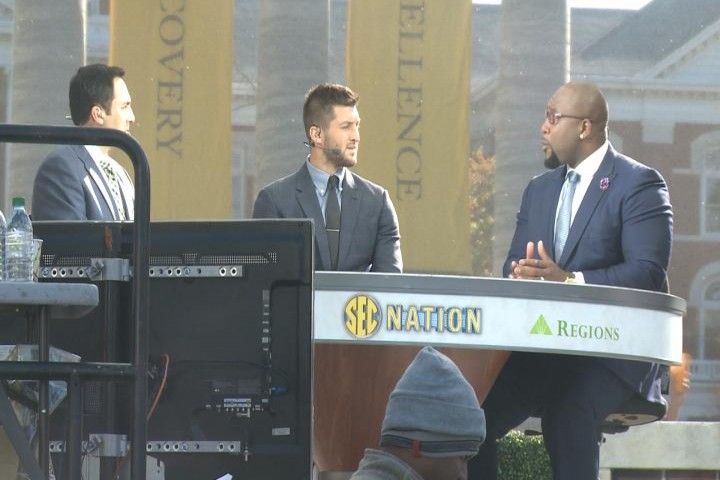 COLUMBIA - Cheering fans could be heard downtown when "SEC Nation" came to the University of Missouri for a pep rally Friday.

The network show arrived in Columbia Wednesday afternoon in preparation for an SEC packed weekend. On air production for the show began Friday afternoon.

The show travels to different conference schools and participates in their football festivities. The goal is to showcase the uniqueness of each school, and each school's football related traditions.

The last time MU had national exposure was in 2010, when ESPN's College Gameday came to town.  ESPN Operations Producer Joe Caricone said,  "It's adding another chapter to what is already great history at this school."

The show administered a site survey to determine the set-up location, and chose the historic columns.

Tim Tebow and Marcus Spears were amongst the analysts interviewed to discuss the competing schools tomorrow, Missouri and Kentucky.

Next Saturday, the show will broadcast live from Louisiana State's campus.