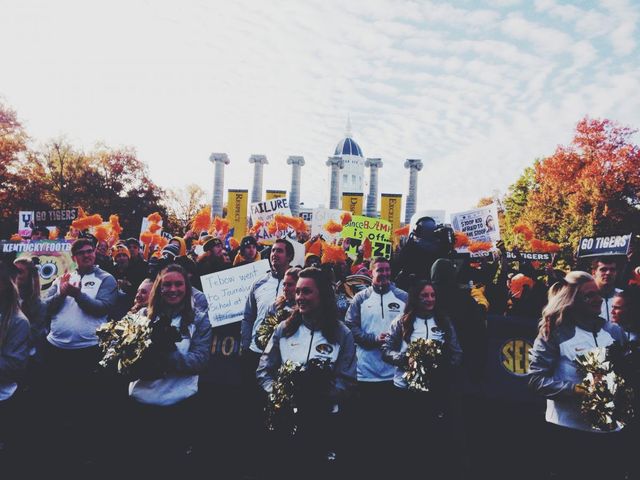 "SEC Nation" is a show similar to the format of College Gameday, providing coverage on college football games within the SEC conference. The location of the show changes weekly to college campuses within the conference.

Mizzou fans were up early this morning before the 8 a.m. festivities began to get a front row seat. "I volunteered to be here at six forty five...Its cold but its a lot of fun so far," said MU student, Claire Cole. Plenty of MU students showed up forming a sea of black and gold.

Today the Mizzou Tigers will take on the Kentucky Wildcats at home. Kickoff is at 3 p.m.