Second Honor Flight takes veterans on the trip of a lifetime 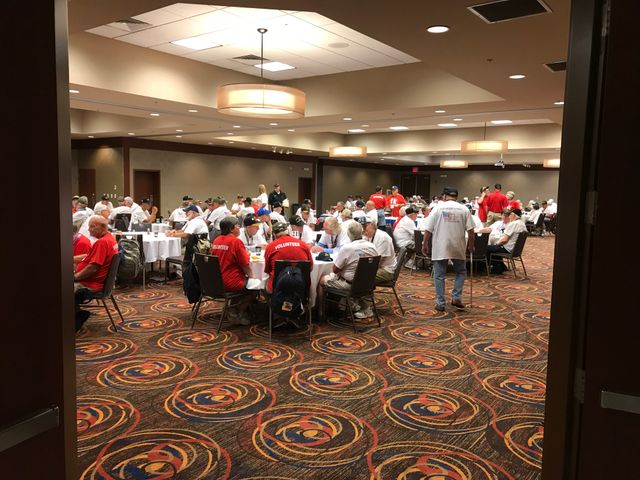 COLUMBIA - More than 100 veterans are flying to Washington D.C. to see the memorials of their military service.

This year, the group includes one veteran from WWII, 12 Korean War veterans, and 97 veterans who served in the Vietnam War.

Flight director Steve Paulsell said the group initially only planned to do the one flight in 2009. Now, almost 10 years later, CMHF has flown more than 3,600 veterans to D.C.

"The Honor Flight is truly an honor to be on," Vietnam veteran William Malone said.

He said men from all different branches are honored and treated with respect.

Malone said this trip means a lot to those who served in Vietnam.

"This, as far as the Vietnam veterans, is really a thank you that we didn't get when we came home."

Everything that goes into making this trip possible is done by volunteers. Paulsell said no one in the organization gets paid.

"This is an expensive endeavor, costs a lot of money to do this, as you can imagine" he said. "Central Missouri has been incredibly benevolent and generous and thoughtful and we're still going, this will be our 52nd flight."

At the Tomb of the Unknowns, the veterans will respectfully be acknowledged during the Changing of the Guard.

CMHF encourages the public to come to the Courtyard Marriott before the veterans return to make sure they receive the welcome home they never got.