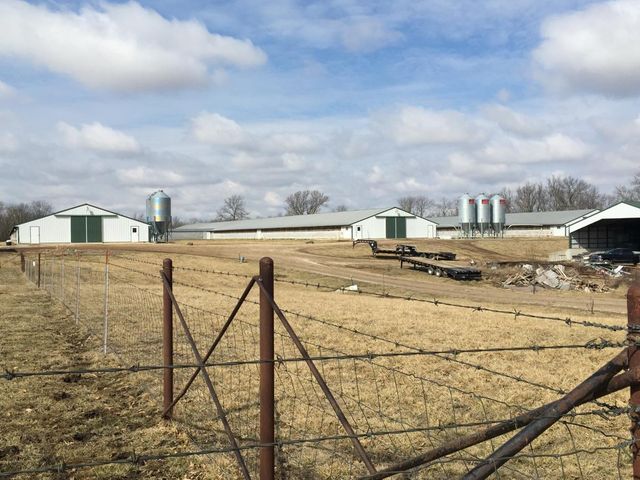 MONITEAU COUNTY - A strain of the avian flu has been confirmed at a second turkey growing facility in Missouri, and state agriculture leaders said they are working to keep it from spreading.

The Missouri Department of Agriculture said the bird flu was found at a facility in central Missouri's Moniteau County that houses 21,000 turkeys. One day earlier, the state announced presence of the bird flu at a turkey facility in Jasper County in southwest Missouri, where 30,100 turkeys are housed.

"It's associated with water fowl carrying it on to a premise," University of Missouri animal pathologist Dan Shaw said. "Once it gets in to the poultry flock it spreads from bird to bird pretty rapidly."

Shaw said the outbreak could be related to water fowl migration patterns.

"When we had this warming and cooling the snow geese were going back and forth across the frost line, and I've heard that there are just myriads of snow geese down that way. So if they're there, other water fowl are probably there too. So the source is available, and it'd be easy to track in to a building despite the normal precautions," he said.

This is the first time the strain of H5N2 has been detected in Missouri. It is the same virus associated with outbreaks in Minnesota, Oregon, Washington, and Idaho.

Regulators and farmers are taking extra precautions and health officials said the strain is unlikely to infect humans. Still, there is a potential economic impact if other countries ban import of Missouri turkeys.

The MDA immediately quarantined the facility in Moniteau County and said they are conducting testing procedures at nearby properties to ensure the virus hasn't spread.

"Bird samples from flocks have been sent to either our animal health lab in Springfield or the animal health lab at the University of Missouri, and so we think we're being pretty diligent you know from a monitoring perspective to see where this virus might pop up again," MDA Director Richard Fordyce said.

One neighbor said he had not been notified of the outbreak but became curious when he saw men in white hazmat suits clearing out the barns.

In an email, spokesperson from the Missouri Department of Health and Senior Services Ryan Hobart said, "As a precaution, the local and state health departments will be working together to monitor the health of those who visited or work at the facility over the next ten days to assure none of the individuals who may have been exposed become ill."