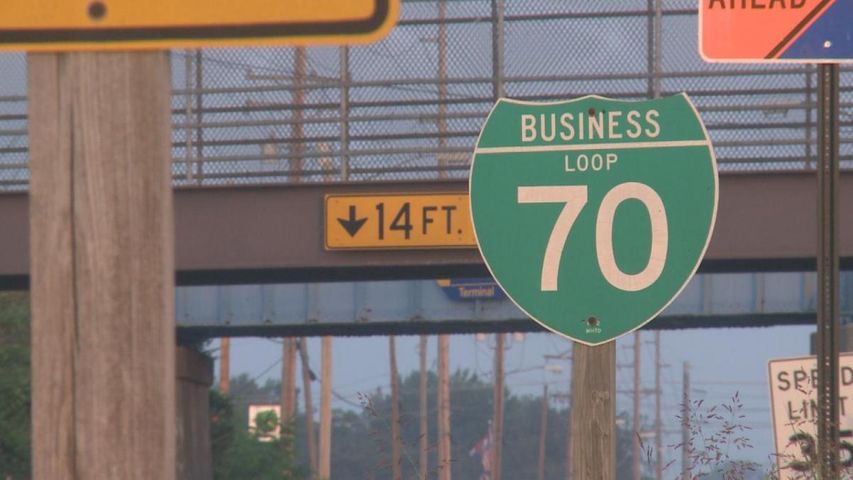 Crews made eastbound and westbound detours available for drivers needing to access the area during the closure. Charles Sullivan is a Resident Engineer with the MoDOT Central District. He said he doesn't expect drivers to have any problems overnight.

"It's not really much of a detour," he said. "Keep an eye on stop signs and traffic and you'll be fine."

"After they get the beams, riding surface, your deck, and your roadway goes on top of the beams," Sullivan said.

Sullivan said construction on the new bridge began in July. APAC-Missouri is constructing the new $881,239 Route B Bridge using a new geosynthetic reinforced soil technique. The technique uses a woven fabric crews stretch out and blow rock into. Sullivan said the new approach is one the Federal Highway Administration has been looking at doing nationally. He said the project was chosen as a location to implement the new system and Route B was the place they chose to have it done.

Sullivan said crews are making good progress on the bridge "They're doing fine," he said "It's a learning process to get it put together."

MoDOT said the innovative bridge-building technique is a cheaper and faster option. Sullivan said the new approach is "made for simple span bridges" that's "quick and easy to put up."

The Route B Bridge is scheduled to reopen in mid-September.

MoDOT Plans to Tear Down Route B Bridge