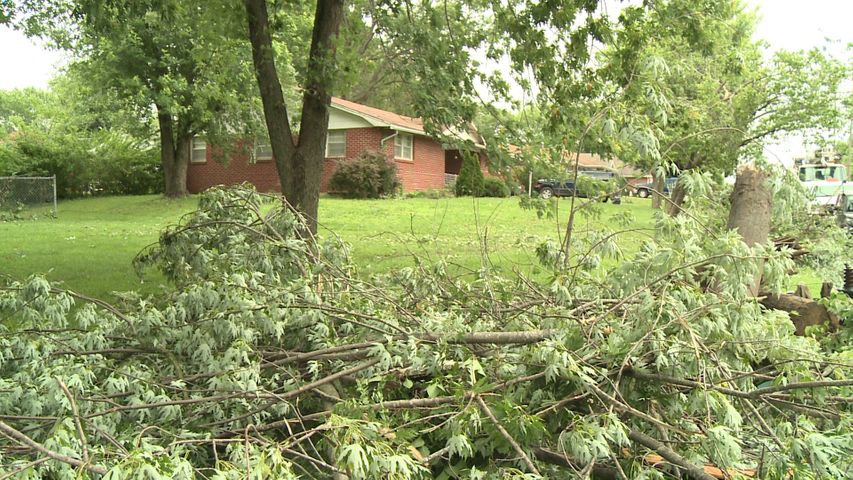 SEDALIA - A community with a lot to pick up after a tornado knocked down trees and powerlines began the cleanup Thursday. There were 60 to 70 homes and businesses destroyed in the storm. City officials went to work right after the tornado passed through town to assess the damage and respond to urgent calls. City administrator John DeGonia said the city suffered no deaths and about 20 to 25 people had minor injuries.

DeGonia said monetarily, the cleanup should take $2 to $3 million.

Rescuers made two rescues after the tornado. Both victims were rescued alive and at their homes. Residents living near 36th Street and Ohio Street said crews arrived Wednesday night to begin putting power lines back together. They said they were fortunate no one lost their lives and most homes were spared.

"We're lucky the house is safe. Everything else is pretty tore up," said resident Frank Dick.

A few of the residents said that normally, they do not think too much of the tornado sirens. But after Joplin's destruction, they took things more seriously.