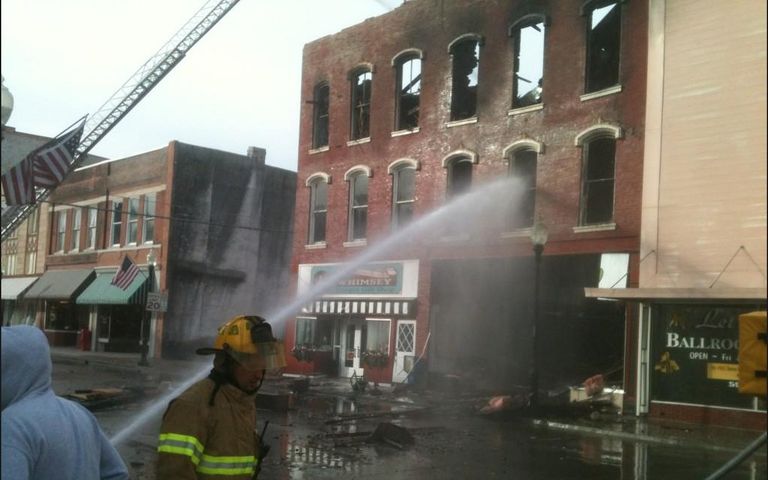 "We really enjoyed running it," said Charlene. "And for a start up business we were doing really good."

Crews were first called to the scene around 6 o'clock Friday morning and found flames coming through the windows and the roof of the building, said Sedalia Deputy Fire Chief Greg Harrell. Harrell said crews had the flames put out around 7 when the roof collapsed.

"When that roof collapsed-that's what we really needed," said Harrell. "Once it collapsed we could reach the flames and knock them down pretty quickly."

Harrell said the building that housed the Coke's store and a gift store next door would be ruled a total loss. Around noon a wrecking-ball crew began knocking down walls because the building was structurally unsafe. According to Harrell as of 2 Friday afternoon the wrecking ball crew was still on the scene and firefighters were still fighting some spot fires.

The Cokes - who also lost their recently-purchased Christmas presents in the fire- rented the building, but did not have renters insurance on their merchandise.

"All we can do is move on now," said Charlene.

Before the crews had even left Danny and Charlene were thinking about their next business venture.

"We are going to rebuild our store somewhere," said Danny.

Deputy Chief Harrell said he's not yet sure where the fire started or what caused it, but hopes to have a cause by Monday.