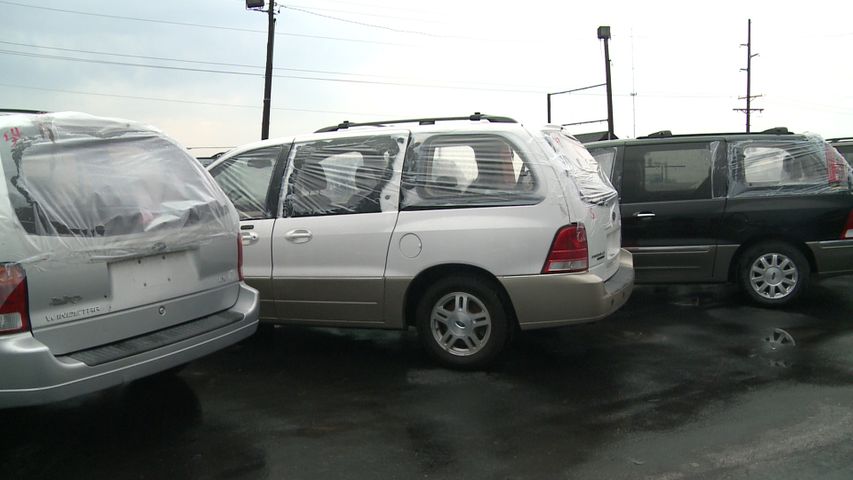 SEDALIA - Katy Motors was selling cars Monday despite major damage to its building from the tornado in Sedalia three weeks ago. The dealership has sold 15 cars since the tornado. It also has gotten 25 to 30 new cars delivered in that time. The owner said he wants to get rid of all old inventory to make way for newer, undamaged vehicles.

"We are in the process of getting our vehicles inspected," Brian Lehmeyer said. "We will take the vehicles and get the glass repaired and mark them 50 to 60 percent off to sell them retail."

One Sedalia resident bought one of the new vehicles Monday. He said he just wanted to help out a business in the community.

"I don't live too far from the dealership and I have been buying cars from here for years," Robbie Scott said. "I saw the tornado, debris clouds, and luckily it missed my house so any way I can help out I will.

In addition to the car damage, the tornado also damaged the dealership's detail shop and main office. The damage totaled out to more than $160,000. Lehmeyer said he got a part of the insurance money for vehicles a couple days ago. He estimates rebuilding will take five or six months.