Sedalia community comes together to raise awareness of sexual assault 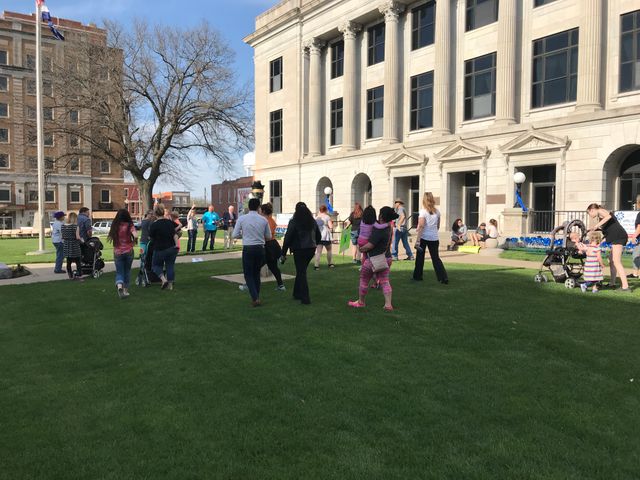 Kimber Gish said, “I march today because it’s the one way I know how to make sure that the sexual assault awareness gets out so that nothing happens to my little girls like it happened to me.”

The dozens who marched - or rallied at the Pettis County Courthouse - were hoping to draw attention to a startling statistic.

One in four women and one in six men will be victims of sexual violence in their lifetime, according to Bradley Schulte of Citizens Against Spouse Abuse, Inc. (CASA).

Gish said she was happy to see her community march to raise awareness.

“We need a community that comes together like today, to make sure that everyone sees it, and it's not just one person walking it's everybody walking,” she said.

Corina Kuka walked along side Gish.

"I'm marching in support of sexual assault, being a survivor myself. I understand some of the trauma that women have went through, women and men,” she said.

Kuka said the sense of community support is what survivors need.

"I just want to show my community that I am here to support them, just for healing and camaraderie ," Kuka said.