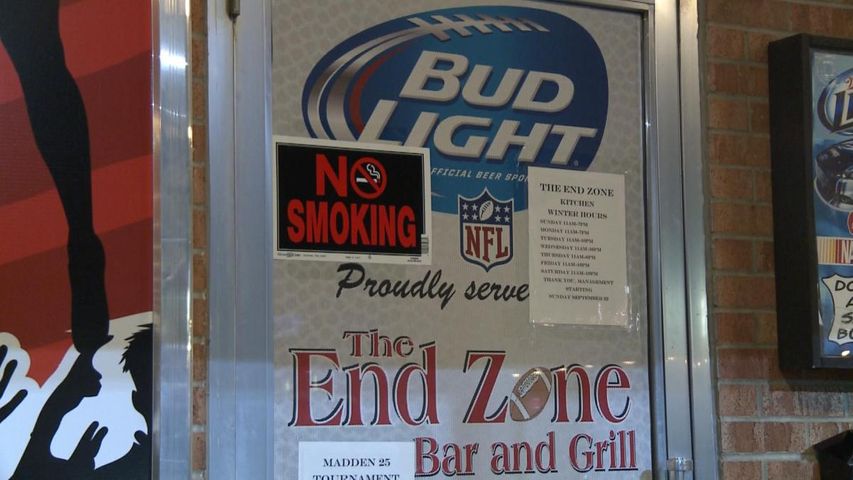 SEDALIA - Some bars said business is still suffering Tuesday because of the new smoking ordinance after Sedalia city council voted to keep the ordinance as it is.

Council held a closed special session Saturday to discuss potential changes to the ordinance. Council considered leaving the ban as is, excluding bars from it, including private clubs in it, or repealing it entirely.

Amanda Bole is a bartender at Endzone Sports Bar and Grill and said she was disappointed council did not reconsider the ban at bars.

"We hoped they would exempt bars from the ban, but that didn't happen," Boles said. "I was a little mad because the meeting was supposed to be open to the public, but it wasn't."

Boles said Endzone Sports lost about 75 percent of its customers in the first few days and that business hasn't picked up since.

Boles said she hopes business will pick up now that the ordinance is here to stay.

"Once people realize it's not going away they'll probably start coming back out, but it could be months until that happens," Boles said.

Bigger bars in the area said they haven't noticed a significant drop in business. Ethan Richardson is a general manager at Fitter's 5th Street Pub and said he thinks it's a good thing the ordinance was not revised.

"I'm glad council put it to a vote because I know the smaller bars can prove their business is dropping, but I think giving it more time will allow people to adjust and business to pick up," Richardson said. "Similar ordinances have worked in other places, so I think it will work here."

Richardson said his customers have already adjusted to the change.

"We had to ask a few people to stop smoking the first week because they didn't know about the ban, but now most people know," Richardson said. "They don't mind stepping outside."

City council upheld the original ordinance with a 4-4 vote.