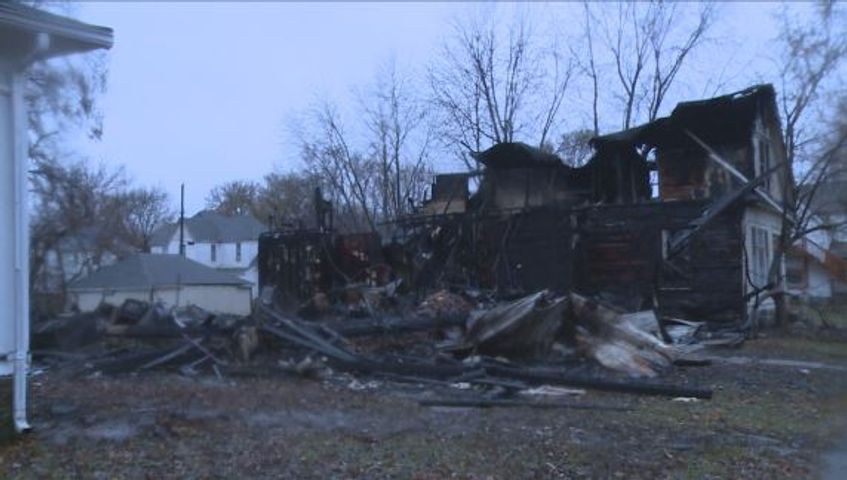 SEDALIA - The Sedalia community has come together after a fire that destroyed three homes Thursday and damaged another.

Sedalia Mayor Steven Galliher said the first thing that went through his mind was if everyone was okay.

"On Thanksgiving day, to lose all your possessions and a place to live, it makes you sad," he said. "When you have a fire, especially of this magnitude, it touches everybody's heart and everybody's concerned."

Galliher said he received numerous calls from Sedalia residents asking if they could help out in anyway.

He said the community came together during and after the fire.

"There was folks opening the doors to their houses if you need to use the restroom or a place to sit down. People bringing water in, and Gatorade"

The American Legion took Thanksgiving leftovers to the scene.

"What's good about Sedalia, the American Legion was having a dinner, so they hear about the fire. They call and ask what's going on, so they changed from the dinner mode and started making sandwiches and brought the firefighters meals to eat," Galliher said.

Beth Myers, who lives a block away from the scene of the fire in the 500 block of Fourth Street, said flames were so big, the fire alarms in her home went off.

"The smoke was horrible. You could hardly breathe outside," she said. "My house, the inside of my van still smells like smoke."

Myers said, when she arrived at the scene at 4:30 on Thursday, numerous people were on the scene providing help in anyway they could.

"Somebody on Facebook responded that their church was getting together meals to the firefighter and first responders, so I offered them that I had a minivan and I would be happy to help transport stuff," she said.

The battalion chief of Sedalia's Fire Department, Matt Irwin, said he hopes a fire of this size never happens again in Sedalia.

"This is the biggest event that I've seen in my 19 years of working for the city of Sedalia. I've seen two fires at one time, but never move from house to house, and never jumped across the street from me," he said.

Irwin said the fire started at 519 West Fourth Street and it was a two-story, multi-family home with five occupied apartments. He said the fire originated in one of the front apartments in the northwest corner of the house. After that house collapsed, the house next to it caught fire and when the winds picked up, the roof of the house across the street started burning from flying debris.

"In total, four houses were involved. Three were total loss, and one had moderate damage to it," Irwin said.

He said when the crew members arrived the smoke was so heavy, they could not see anything.

"So everybody was out of the house. The American Red Cross was contacted and see to the families that were displaced from all three houses that were lost," he said.

So far, there are no indications of foul play or arson.

"What hampered investigations is that there's nothing left to investigate. It's literally almost all gone," Irwin said.