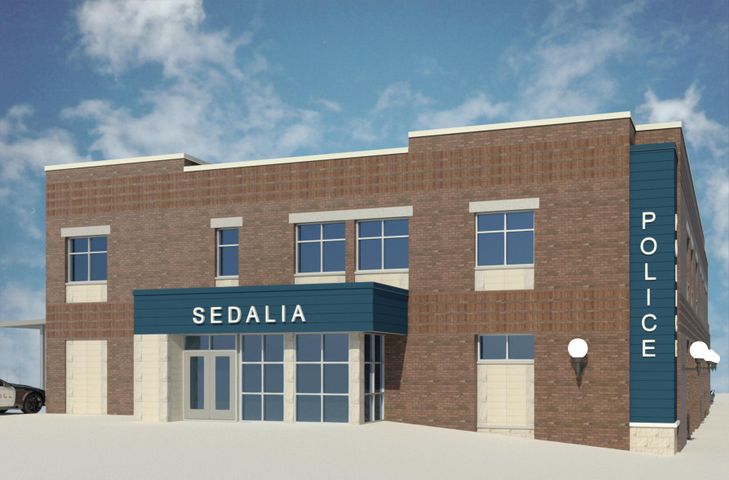 SEDALIA - The Sedalia Police Department is getting a new building to replace the current one, which is more than 40 years old.

"It's a much needed expansion and it's finally getting around, so we'll start later on this year with the groundbreaking I think at the end of the month," Sedalia Mayor Stephen Galliher said. "Then we'll start construction, and about a year and a half later, they said it should be done by late 2018."

The building itself costs 4.5 million dollars, but Galliher said with the city's plans to renovate the current building the whole project will cost closer to $5.5 million.

"Here in the last year we were able to come up with the funding, with absolutely no tax increase, we did extend some things out another 15 years and refinance some things, paid some stuff out so we get a lower debt," he said.

"They'll have a weight room, locker room, different things they haven't had before," Galliher said. "They will also have more improved interrogation rooms, interview rooms and storage will be better."

The city plans to renovate the old police department in the city building, make room for the IT department and expand the city's workspace.

The new building will be two stories. The top floor will hold the command staff, the bottom floor will hold records and be open to the public, and the rest of the area will be for the patrol officers.

"It will be in the downtown area and centrally located and it's going to be a nice facility and it will serve the public well," Galliher said.

"We're looking forward to having some more space to do our work in. We've been making do with the space that we've had since 1973 and obviously policing has changed, theres a lot more demands upon policing, more staffing, things in and of that nature," said Sgt. Joshua Howell of Sedalia Police Department said. "We definitely could use some extra space."

"Everybody had an input, and everybody seems to be happy with it," Galliher said. "It's been a long time coming, three years ago we built the new fire station."

Currently, the department is housed in the Municipal Building. When this project is done, the police department will be right across the street.

The mayor said the plans now include round shaped outdoor light fixtures.

"They put those in just to make me happy," Galliher said, adding they remind him of old movies where the detective goes up the steps into a building with the police crew.

"Kind of like New York," Howell laughed back to Galliher.