Sedalia Loses A Piece of Americana 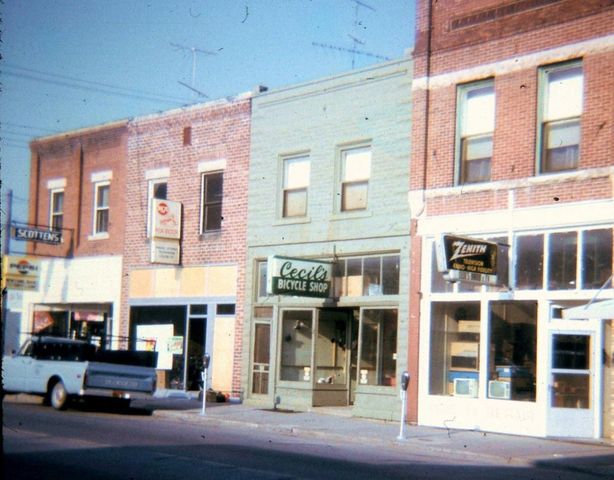 SEDALIA - After 77 years in business, Cecil's Cyclery and Cecil's Television opened its doors for the last time Saturday.

Residents say the bike and television shops, owned by Gerald Cecil, have been a landmark of the downtown area for years. Cecil started his bike business at the age of 14 fixing bikes at his house, but his business eventually grew to the size of five buildings in the downtown Sedalia area selling bikes, radios, televisions and other electronics.

"He was one of those people you would like to see the lottery. You kind of imagined what he would do with it, millions of dollars, but he had made a good life for himself," Randall Bowin said, a resident of Sedalia.

Cecil's son, Greg Cecil, said his father was diagnosed with polio at age six, but he decided to be an entrepreneur despite the fact that he had difficulty using one of his arms.

Becky Carr Imhauser is a long time customer of Cecil's. She said the shops were a historic part of Sedalia.

"Every day was a new experience because you never knew what was going to happen...somebody was going to bring a bike in that needed to be fixed or maybe there was a new bike coming out," said Greg.

John Kehde owns an antique shop next door to Cecil's. He said this is the start of a new chapter for the downtown area of Sedalia.

"I am really positive about it...we are hoping for the best. Obviously, there is a lot to do. We hope we can make it work. I know the Cecils want to make this building work," said Kehde.

"Their influence will always be felt in downtown, by the stories that people remember, by the lives they touched, by the contributions they made to the community in a lot of ways." said Imhauser. "Of course we don't know the nature of the business that will come, but I could almost guarantee the type of person that will come downtown is made up of people like the Cecils who take an interest in each other, who sometimes put relationships above revenue, who call their customers by name."

Gerald was unable to be at the auction for health reasons, but Greg said he would have loved to be there and his father is very thankful for everyone who did business with him. Gerald will be 92 years old in January.