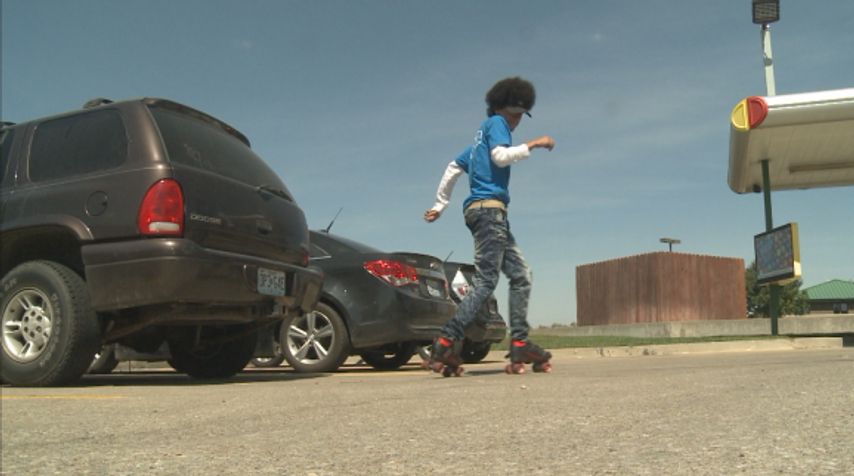 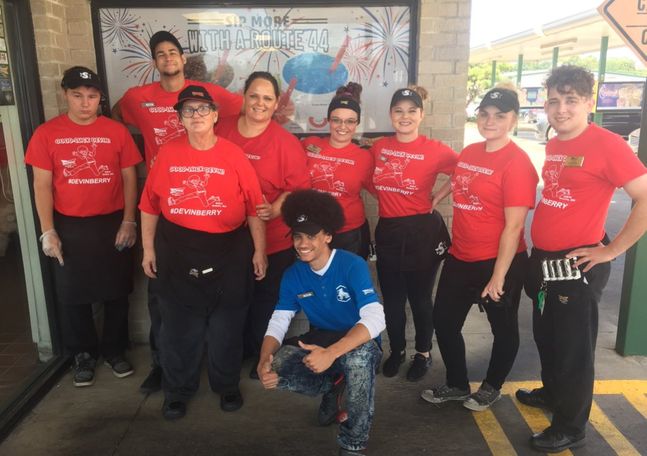 Berry was the company's fifth pick.

He has skated and danced for 14 years.

"I've always been a performer, and this is a big break for me," he said.

There are two phases of the competition.

"I have to go through an obstacle course and perform a 90-second freestyle dance," Berry said.

The 19-year-old performer almost chose not to submit an entry. But Berry's manager, Holly Ladd, pushed him to go for it.

"Stuff was going on at that time. I didn't feel like doing anything really. But Holly kept me going, and she was like 'I know you can do it,' so we did it," Berry said.

Ladd spearheaded the send-off party. All employees wore custom-made shirts with Berry sketched on them. Berry's favorite stall was decorated in red, his favorite color. Balloons lined the drive-in's property.

"We had this special event made just for him, just to give him his big send-off. It's all about Devin today," Ladd said.

The celebration allowed customers to get involved by spinning a wheel for coupons on food and drinks, buying Berry's favorite meal for a dollar and leaving words of encouragement on posters hung around the building.

Berry said he feels a bit nervous, but after experiencing the celebration is not too worried.

"Just to see how much support the town is giving me, and how many people have my back on this is amazing. My boss Holly, she's the one who organized this whole thing, and I'm just so grateful that she did all this for me," Berry said.