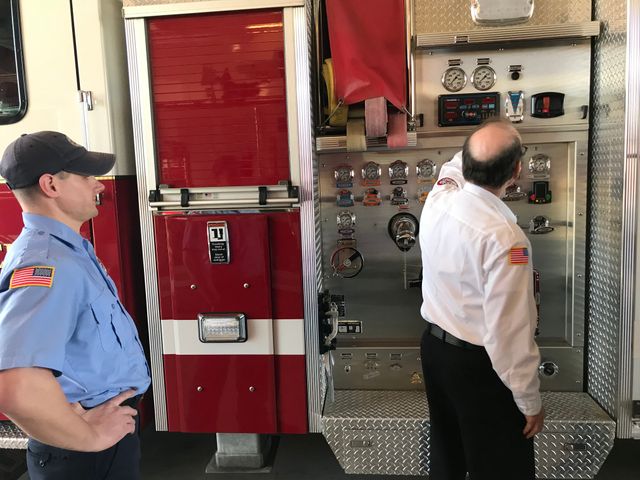 SEDALIA -  After 100 years on the same water system, Sedalia is finally getting some key parts fixed.

Heavy amounts of calcium and mineral surround the pipes and creates low water pressure, which makes it difficult for the fire department to put out fires quickly.

Michael Hawkins, Sedalia Fire Department Battalion Chief, said the downtown mains are older and have not kept up with the capacity of the fire trucks.

Mains are underground pipes that supply water to locations such as municipal buildings, faucets in homes and fire hydrants.

“By installing new and larger mains and newer hydrants, our trucks will be able to reach their capacity, and if we have a fire in that downtown area, we will be able to supply more water to the trucks,” Hawkins said.

The installation of better pipes will start north of Broadway Boulevard and west of the downtown area.

Business owner Nicole Heisterberg said she has noticed the effect of mineral buildup from the low water pressure in her home and store. She has a coffee maker for customers but only uses purchased, distilled water.

“If I were to use the tap water, which I have done before, even one time through you can see the buildup on the inside of the plastic container on the side and then at the spigot top part where you put the coffee pots in,” she said.

The new water system will cost the city $11.2 million, which means residents will have to pay a minimum increase of $3.14 per month starting in April.

“It would definitely be worth it,” Heisterberg said. “It wouldn’t be that noticeable to me to pay three more dollars if it meant that we had clean drinking water and water that wasn’t so harsh.”

The Sedalia Water Department expects to start construction in the summer and it will take one to two years for the first phase.

The department said residents should never be without water for more than a few hours at a time during the renovation.

Hawkins said, by adding new mains and news hydrants, “we’ll have the ability to put out the fires faster, more efficiently, and in the long run, possibly save lives.”