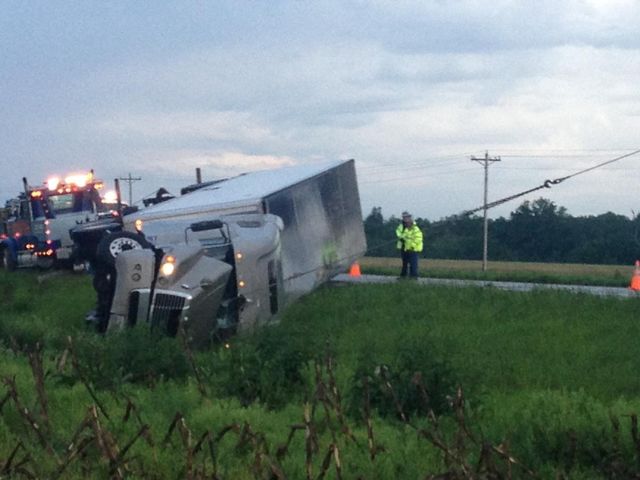 The accident fully blocked one northbound lane just south of the Boone/Randolph County line. While the left northbound lane was open, drivers were moving slowly and veering to the left to avoid brushing the overturned truck.

Boone County Fire's Chuck Leake told KOMU 8 that huge wind gusts overturned the truck. Leake said the container of the truck, which did not break open, held 28,000 pounds of strawberries.

The truck's driver and passenger both refused medical treatment at the scene.