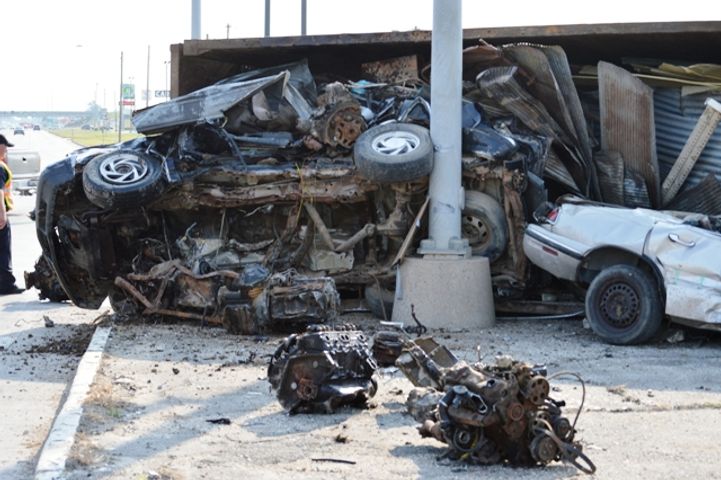 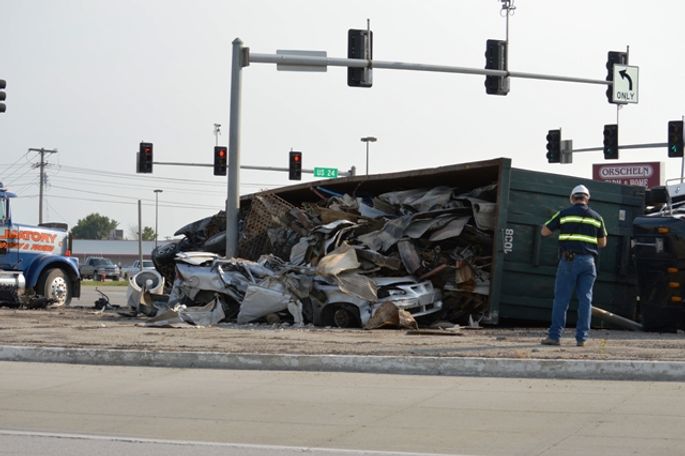 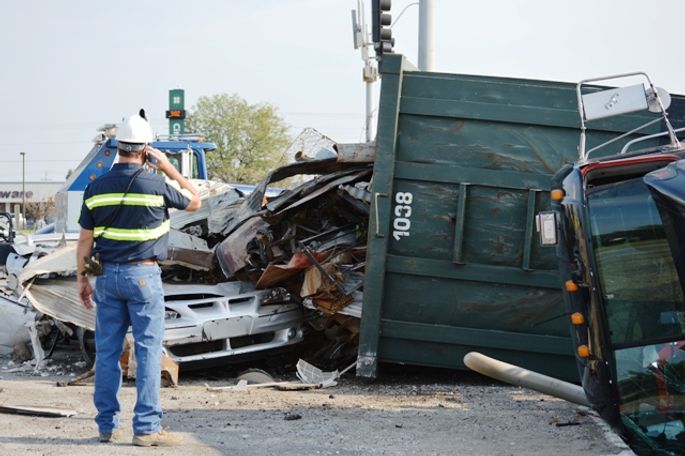 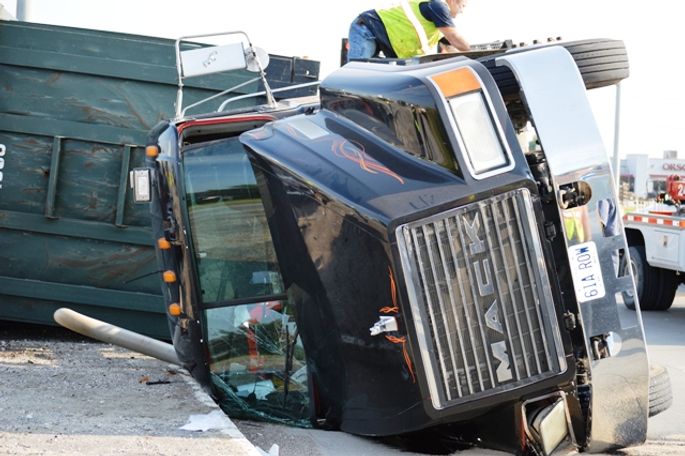 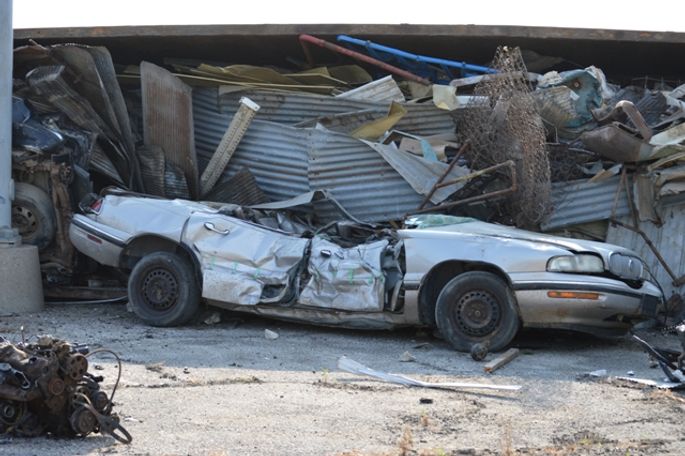 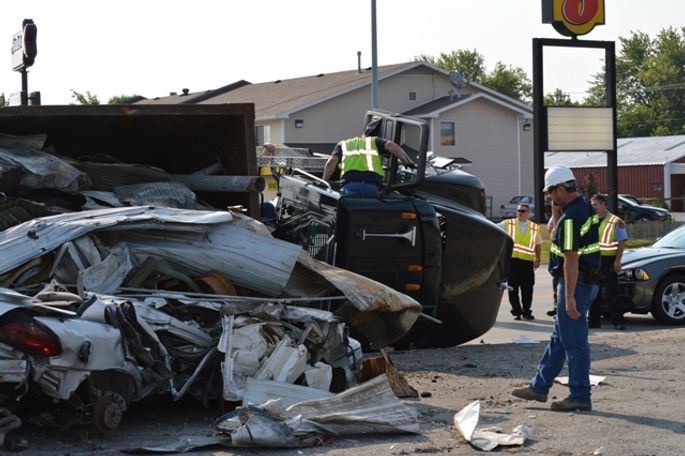 MOBERLY - A tractor trailer carrying crushed cars, engines and scrap metal flipped over on its side Tuesday leaving quite a mess and a sight for drivers in the area.

Moberly Police said the 1999 Mack Truck pulling an open cargo trailer traveling westbound took a corner too sharply and flipped onto its side at the intersection of Highway 24 and North Morley Street at about 9 a.m.

Morley Street was blocked off for about two hours.

The driver, a 57-year-old St. Louis man was transported to Moberly Regional Medical Center. He was later released leaving with only minor cuts and bruises.

[Editor's note: This story has been updated to reflect the latest information available.]