Semi-Truck Flips Over on I-70 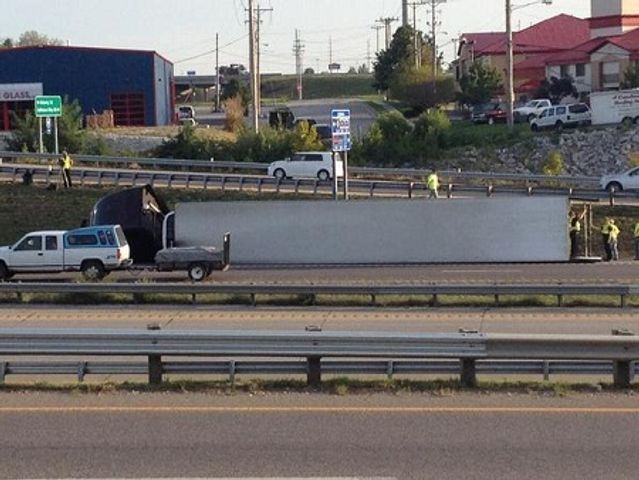 COLUMBIA - A semi-truck was headed east bound on I-70 near the Highway 63 exit when it drove into a ditch. The driver attempted to take the exit too fast and the truck tipped on its side. A nearby car received minor damage after being hit with debris from the wreck, but no one was injured in the accident. Crews are still attempting to get the truck upright.