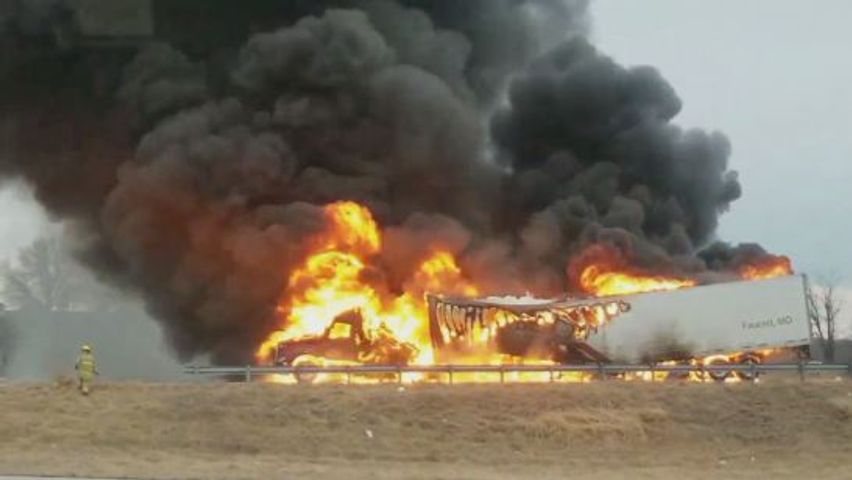 MILLERSBURG - A semi-truck was engulfed in flames on the on-ramp onto I-70 from Millersburg just before 5:00 p.m. Sunday night.

The truck was hauling pork, hams and other meats.

The semi-truck was driving eastbound on I-70 toward St. Louis when the truck's tire blew out. The driver exited I-70 at exit 137 and pulled onto the on-ramp. As the truck pulled over, the tire caught fire, according to Millersburg Fire Chief Larry Curtis.

Curtis said the driver was unharmed and the cause of the fire was still under investigation, but he believes it started with the tire.

A dozen firefighters took half an hour to put out the fire that was burning in the cab and the trailer. The diesel fuel, contents of the trailer and cab were all on fire, Curtis said.

Fire departments from North Callaway, Boone County and Millersburg were called to the scene, Curtis said.

(Editor's note: This story has been updated to correct an error.)