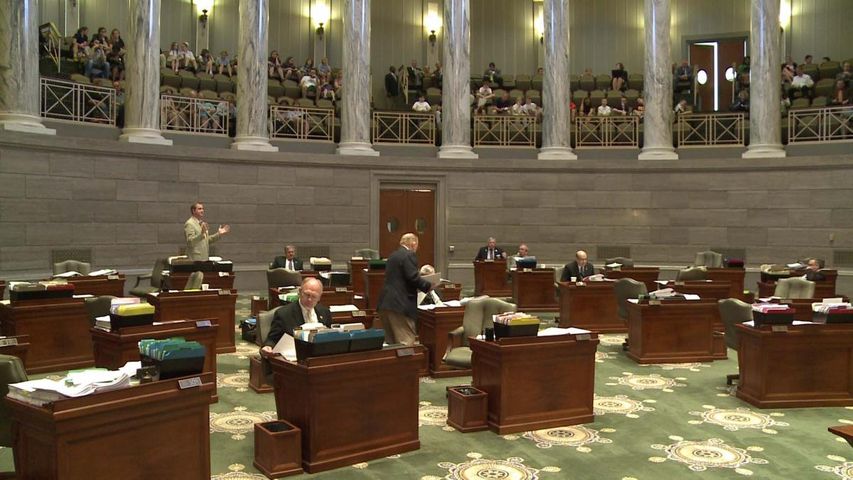 JEFFERSON CITY - In a single vote on Tuesday, the Missouri Senate endorsed incentives for air freighters and data centers while curbing tax credits for historic properties and low-income housing.

Under the bill, air freighters who shipp cargo out of the country from Missouri could qualify for a tax credit of 40 cents per kilogram of cargo. The state could hand out up to $7.5 million in credits through this program each year. The bill also exempts data storage centers from state and local sales and use taxes on machinery, energy usage and utilities.

In addition to creating credits, the bill caps or eliminates several programs. For instance, the bill caps the Low Income Housing Tax Credit at a total of $55 million per year. Brownfield Remediation tax credits, which are used to redevelop land contaminated with hazardous wastes, are capped at $20 million per year. The 2010 Tax Credit Review Commission Report called for a $25 million-per-year cap.

The bill drew strong debate on the senate floor and disagreement was not limited to party lines. Sen. John Lamping, R-St. Louis, called a provision for data centers "corporate welfare" and questioned whether data centers' energy usage justified the jobs they would provide. He said he did not think it was a good idea to include so many different proposals in one bill, saying he would prefer to vote on each one individually. Lamping voted against the bill along with Sen. Kurt Schaefer, R-Columbia.

During extended debate with Lamping, Sen. Eric Schmitt, R-Glendale, defended the bill's breadth, saying a lack of tax credit reform sends a bad message to anyone doing business with Missouri. He said tax credits such as the air freight credit are necessary losses of revenue that can encourage the state's economy to grow.

Sen. Joseph Keaveny, D-St. Louis, attacked proposals to lower the cap on the Historic Preservation Credit, noting the credits could be used anywhere in the state to attract jobs. Sen. Brad Lager, R-Savannah, accused municipalities of abusing tax credits such as this one because it allows them to fund projects with state money without using any of their own. The bill caps this credit at $60 million per year. The Tax Credit Review Commission recommended the program's current $140 million-per-year cap be reduced to $75 million.