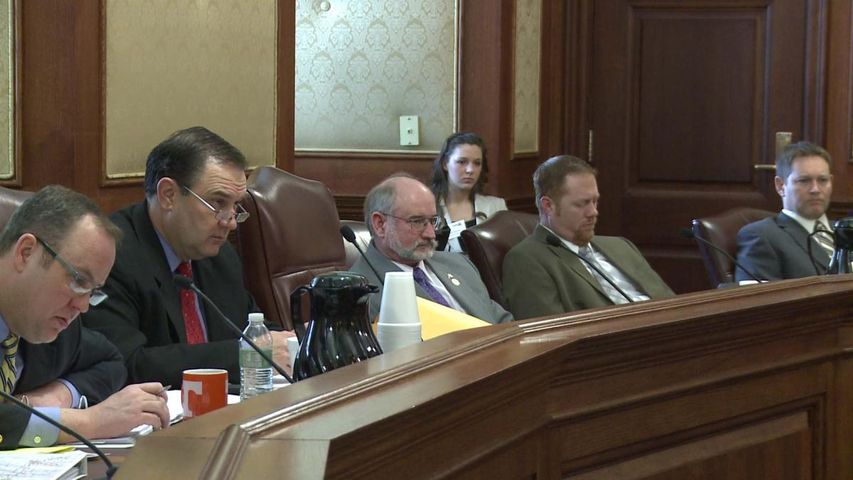 JEFFERSON CITY - Senate hearings began Wednesday morning on a proposed sales tax hike to pay for transportation infrastructure a day after the house began its own.

The proposal would raise sales taxes across the state by one cent for ten years if voters approve it. The proposal's language forbids the state from using the revenue for any purposes other than transportation-related spending. Five percent of the revenue would be set aside for counties to use for their own projects, with another five percent likewise going to cities and towns.

Pete Rahn of the Kansas City engineering firm HNTB told the senate transportation committee the state's transportation system would deteriorate if the current funding system was left unchanged. He said Missouri should not expect any federal help on transportation.

"The idea of the federal government riding in on a white horse is not impossible," he said, "but I think it highly unlikely."

St. Louis alderman Scott Ogilvie, who spoke to the committee's house counterpart on Tuesday, said he would prefer to a project list before the legislature votes on the proposal. He told both committees he is afraid too much revenue may go to rural roads when major cities need more public transit.

Show-Me Institute policy researcher Michael Rathbone questioned whether a sales tax is the best way to fund transportation needs. Rathbone said a better idea would be to increase the gas tax and vehicle registration fees, saying this would put the burden of paying for transportation on people who use it most. He said a sales tax would not discourage wasteful driving habits the way a gas tax would. MoDOT Director Kevin Keith told KOMU 8 News doing this is unrealistic. He said tripling Missouri's $50 vehicle registration fee wouldn't make a dent in the state's transportation needs.