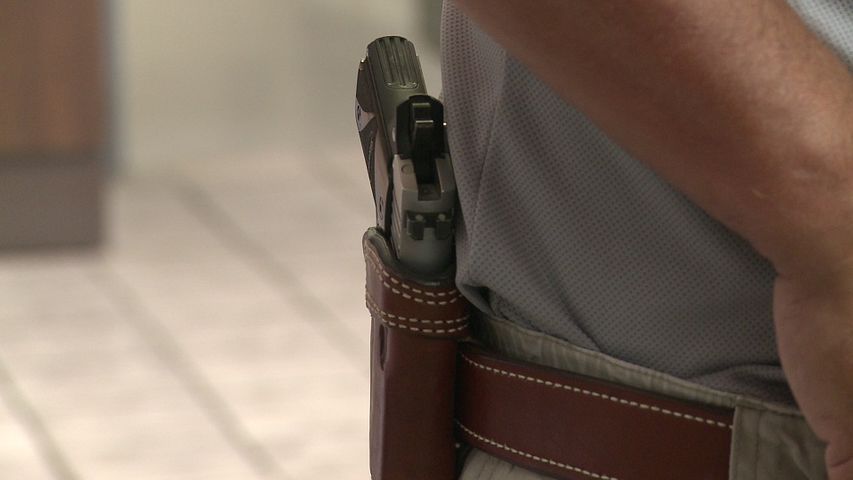 JEFFERSON CITY - The Senate failed to override the veto for the gun nullification bill Wednesday night.

Missouri lawmakers got about as close to getting an override as they could, with the House grabbing 109 votes exactly and the Senate falling one vote shy of the needed 23.

The Missouri General Assembly made national headlines as it became the only state in the country that attemped to nullify federal gun laws.

The most discussed provision would prohibit law enforcement officers from enforcing federal gun laws in the state of Missouri, which Senator Brian Nieves, R-Washington, argued wasn't even true, but rather a political scheme thought up by Attorney General Chris Koster.

"Koster is a worthy adversary," Nieves said, "and I tip my hat to the way he lied and developed a political scheme to try to persuade Missourians."

On the other side of the aisle, Senator Maria-Chappelle Nadal, D- St. Louis City, dubbed House Republicans as "elite progressives."

Chappelle-Nadal said the bill risked public safety, especially for the residents of her area is St. Louis City.

Another issue surrounding the bill was the provision that didn't allow journalists to publish the names or descriptions of gun owners.

Those who supported the bill said it was not as controversial as it was made out to be, and that all it did was protect Second Amendment rights.

Lawmakers have not said if they plan to re-draft a similar measure for the next legislative session in the Spring.