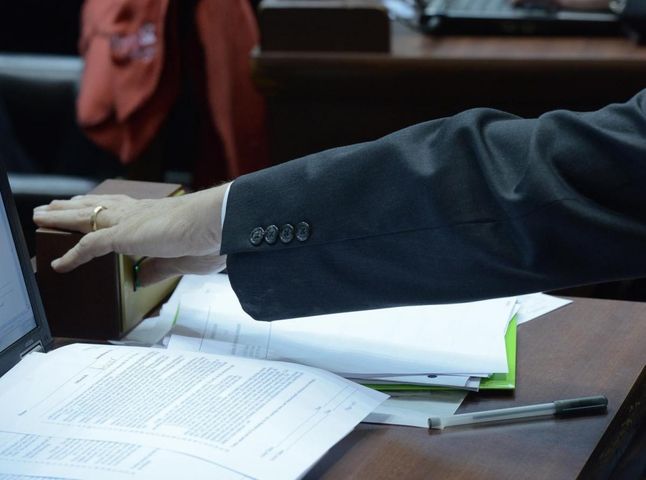 Republican Representative Diane Franklin from Camdenton said since the early 1990's the welfare program in Missouri has been a problem.

"I think right now the huge problem is that we just simply hand people a check every month and the work requirements aren't being enforced," said Franklin. "I don't think a lot of people understand what it takes to be on the program as far as working toward getting a job."

Even with the cuts for a better plan some local and non-profit programs might be affected by the changes. Operations Manager for Samaritan Center Ben Defeo said "Anytime you see a decrease in government funding or in just economy in general you see a an increase in services going out here." "It's kind of an inverse business model, we get more customers, and less income coming in, as things like that happen, definitely we will see an impact of anything that gets rationed back as far as government funding," said Defeo.

The House Minority Leader Jake Hummel, D-St. Louis, said, "To take the extraordinary step of overriding a veto to ensure that more than 6,300 of Missouri's poorest children are plunged even deeper into poverty is mind blowing in its cruelty. Missouri Republicans are engaged in nothing short of an all-out war on the poor and, unfortunately, they are winning."

Senate Leader Tom Dempsey, R-St. Charles, said, "We are not cutting welfare; we are restructuring the system and reinvesting the savings in incentives such as child care, job training and transportation services to get people back into the workforce," said Dempsey. "Senate Bill 24 will strengthen our efforts to fight poverty in our state."

Another bill sponsor Sen. David Sater, R-Cassville, said, "We currently have a broken system that discourages work and needlessly creates welfare dependency," said Sater. "Missouri is not the first state to go in this direction, but we are unique because we are reinvesting the money we save into resources to improve work participation and empower more Missourians to become employed and independent."

Majority Floor Leader Ron Richard, R-Joplin, said, "We want to strengthen personal accountability in welfare policies to help people become independent," said Richard. "These changes will give us more flexibility when addressing the challenges TANF recipients face. This measure was one of our main priorities this session, and I'm happy we worked through our differences to get it across the finish line."

According to TANF, "40 percent of families have received assistance for 12 months or less."