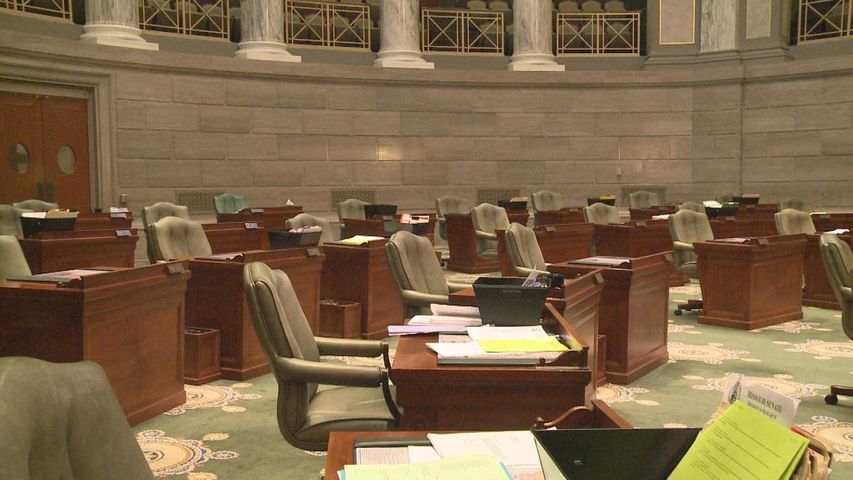 JEFFERSON CITY - The Senate will convene at 4 p.m. Monday for the third reading of Senate Bill 613. The bill is a modified anti-gun provision which would require every person to report the theft of a firearm within 72 hours after the gun owner becomes aware that it was stolen. Brian Nieves, R-St. Louis, sponsored the bill and Senator Jamailah Nasheed, D-St. Louis, amended it. The conflict arose when Nasheed amended the bill.

The National Rifle Association (NRA) released a public statement saying it opposed the new amendment to the bill. Senator Joseph Keaveny, D-St. Louis, said he agrees the bill should not be passed.

"I am a strong supporter of the Second Amendment, don't misunderstand me," Keaveny said. "But I think this bill is unnecessary."

He said he does not support the bill for a number of reasons, but mainly because it does not uphold the federal gun laws that are already established.

Senator Ed Emery, R-Lamar, said he believes the amendment to the bill could be worked on, but the bill itself should still pass.

"I don't think that that's an amendment that helps the purposes we are trying to accomplish with this bill," Emery said.

Emery said even with the amendment, the bill still should move forward. Emery also said NRA's alert to their supporters was completely false. He said the alert said the amendment that was added to the bill imposed a $1,000 fine, which Emery said was not included in the original amendment.

(Editor's Note: Some information regarding the sponsorship of this bill has been corrected. The time requirement has been clarified.)