Senate to vote on Greitens' picks for UM Board of Curators 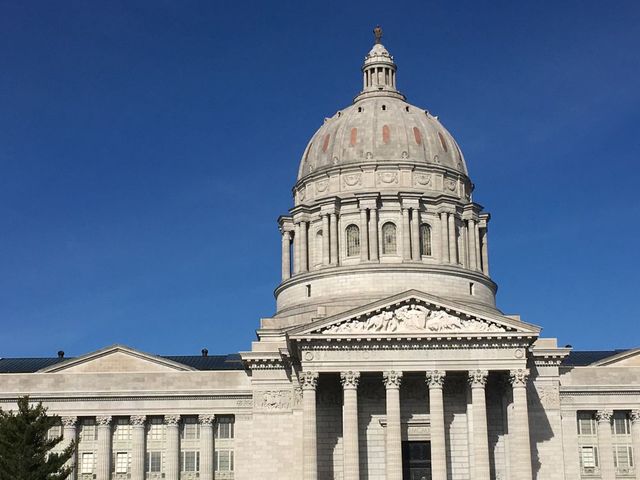 JEFFERSON CITY - The Missouri Senate is set to vote Thursday on Gov. Eric Greitens' picks for the University of Missouri Board of Curators.

Chatman, a Democrat from Foristell, is an attorney and former deputy director of the Missouri Department of Agriculture. Both Farmer and Layman are Republicans and business leaders. Farmer, from Jefferson City, is an executive for the Capital Sand Co., and Layman, from Springfield, was a former finance chairman for Greitens' campaign.

Farmer and Layman will replace Donald Cupps and Pamela Henrickson, respectively, who are staying on as curators until the new appointees are voted in. Chatman will fill a vacant position.

The three picks were voted unanimously by the Committee on Gubernatorial Appointments on Wednesday to be presented in front of the full Senate. Committee members said Greitens' new picks are pushing the board in the right direction.

"In the past we've had a board of curators who are good people, but they seem to represent all of the same kind of industry or background," said Sen. Mike Kehoe, R-Jefferson City. "We're looking for, and I think Missourians are looking for, people who will reflect the mission of the schools."

Senators on the committee said all three of the new curators can bring something different to the board.

"They all have a very practical world view on what's important in education," said Sen. Ed Emery, R-Jefferson City.

Chatman's agricultural experience will "bring another level of expertise not currently on the board," Farmer's business background will bring "real clear and effective advocacy," and Layman's financial expertise will help him know what "rocks to kick" to make sure "the university gets its finances straight," Emery said.

"They're kind of looked upon as a possible new breath of fresh air and some new vision to bring to the board, and I think they share that opportunity to move forward," Kehoe said.

If approved by the Senate, Greitens' three picks will begin their terms immediately.