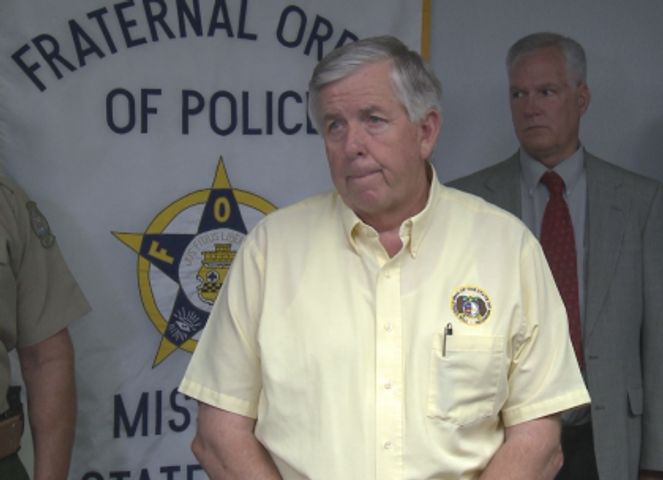 "Enough is enough," said Parsons, who is a Republican candidate for lieutenant governor. "We must come together, not let activists use racially-charged words and phrases to divide us."

One of the original organizers of Concerned Student 1950 disagrees with Parson's statements.

"Being a police officer comes with certain things. You chose to put that uniform on, so when you're fighting against people, you're trained how to do that," Andrea Fulgiam said.

She said those who assault or kill police officers are not associated with protesters.

"Killing an officer, that's not what I want to do. I don't think that's what anyone that's actually out there protesting to make a difference wants to do because we understand that they have families just like us."

Parson said he wants to make killing a police officer simply because of their uniform a hate crime.

"Protests are only 'peaceful' when the law is followed," Parson said. "We must stop allowing assaults and killing of law enforcement officers in the name of protesting. The criminal element is emboldened if we are lax or selectively enforce the law. A subculture is being created wherein some now believe that killing of police officers is justifiable retribution for perceived injustices."

Fulgiam said it is important for police officers to note that, without the careless killing of black bodies, there would be no protests at all.