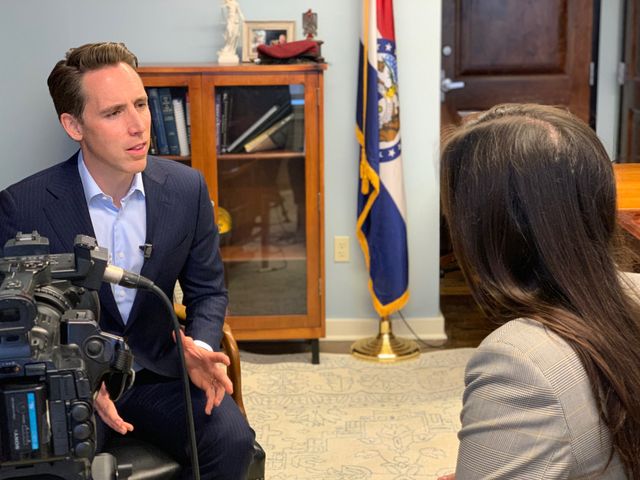 COLUMBIA – Josh Hawley came to Columbia Tuesday to comment on the recent impeachment news, the president’s decision to withdraw troops from Syria and the letter sent to the NBA regarding China.

Hawley first commented on the red flags raised in response to impeachment and concerns he has had with the proceedings.

Hawley said the Speaker of the House has chosen to not follow this process by not permitting the minority to issue subpoenas, which is unprecedented in impeachment proceedings.

Hawley also commented on the president's decision to withdraw troops from Syria, saying the White House is still weighing its options.

“The president is right when he says we shouldn’t be the guarantor of regional stability," Hawley said. "We are not the world’s policemen, we’re not the Middle East’s policemen, we need to make sure that Americans are protected and the American’s security is protected.”

As far as Turkish aggression goes, Hawley said we do not want to invite it, but the overall mission is to make sure there is not a major terrorist operation that coalesces that could strike America.

Hawley also recently sent a letter to the NBA Commissioner condemning the decision to apologize.

"I think to see the NBA essentially bend the knee to the communist Chinese party is just sickening," he said.

He said his big fear is that nothing will get done within the next year.

“I have taken an oath to defend and uphold the constitution of The United States, and I’m going to do my duty," he said. "I owe my judgment to the folks who have elected me, and I owe them my work on the issues they really care about.”