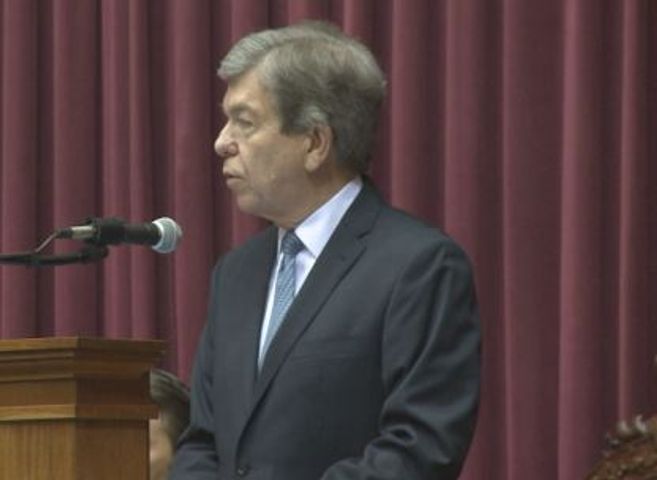 In Blunt's annual visit to the Capitol to address the House of Representatives, he also spoke about issues happening in Washington D.C..

In particular, Blunt said states should have control when it comes to guns. "States are better prepared to have individual and local gun laws than some federal law that applies to everybody," Blunt said.

President Obama released a series of executive actions Tuesday aimed at putting a stop to mass gun violence. "We've created a system in which dangerous people are allowed to play by a different set of rules than a responsible gun owner who buys his or her gun the right way and subjects themselves to a background check," Obama said in his address to the nation.

Blunt also said that the president always rushes to the conclusion that people's second amendment  rights need to be taken away. "He said this week he supported the second amendment, I actually don't believe that."

In terms of those being allowed to purchase firearms, Obama said getting a gun is too easy. ""A violent felon can buy the exact same weapon over the Internet with no background check, no questions asked."

Blunt said that you shouldn't be able to monitor every time a gun changes hands. He also said that some people should be able to conduct gun deals that government shouldn't have to know about. He also gave an example of passing guns down through the family.