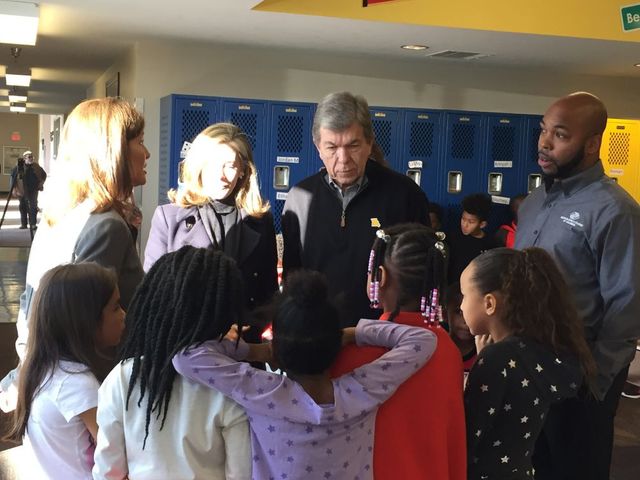 COLUMBIA - U.S. Senator Roy Blunt toured the Boy and Girls Club of Columbia on Tuesday. Blunt was able to meet kids, walk around the building and learn about the future expansion. Blunt said at the end of every year him and his wife try to do several stops at local non-profit organizations.

"I think there's too much division in the country between people who have a lot and between people who don't have the kind of opportunities you want to have," Blunt said. "Most people in Columbia if you say 50 percent of kids in school are on the free or reduced lunch and that's one of the highest in the state, that would be a big surprise to a lot of people."

Blunt nodded his head in agreement to what the Boys and Girls Club board members were saying during the tour, showing interest in the nutrition and mental health programs.

When asked about the ongoing transition of power in the White House, Blunt said that he hopes the president's cabinet will be in place by the end of the day on January 20.

"President Trump will make the government work in hopefully a better way," he said.

Blunt jokingly said the Senate will never be accused of things moving too fast.

Blunt is chairman in the upcoming inauguration on January 20.

"Right now I have been spending a lot of my time making sure that anyone who comes that event has both a combination of maximum security and maximum freedom," Blunt said, "it's really important that people come and experience what a true democracy is all about."