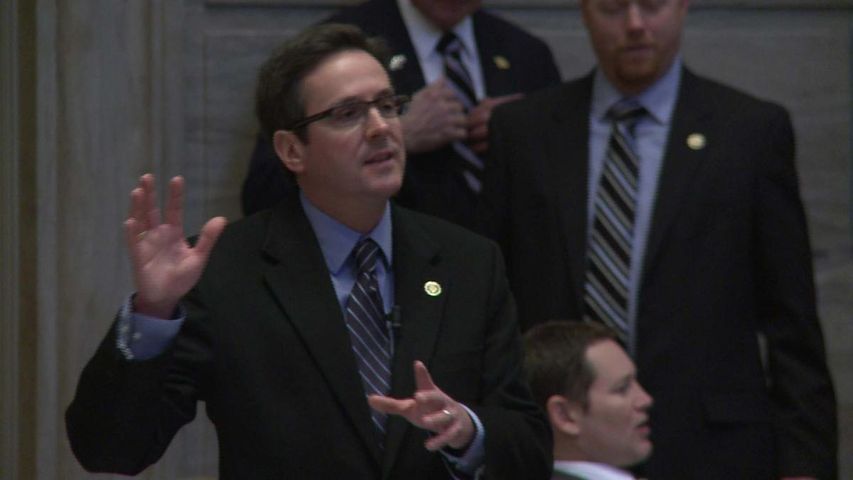 JEFFERSON CITY - A Columbia senator said Wednesday the Department of Revenue lied about how it used a Department of Homeland Security grant.

Sen. Kurt Schaefer, R-Columbia, told the Senate Wednesday morning the agency did not tell the Senate Appropriations Committee about its use of the grant to pay for a new data collection procedure for drivers' licenses. "I have been lied to three times in the last two weeks," Schaefer said.

Several Republican senators denounced the act as a violation of state law and the senate's integrity. Under RSMo 302.183, biometric data collected from drivers' license applications has to be deleted from state databases. That law also prohibits the Department of Revenue from changing procedures to comply with the federal REAL ID Act of 2005. That law requires states to verify information on a person's state-issued ID, such as a driver's license, to prevent fraud. A person has to provide several documents including a birth certificate, social security number and proof of U.S. citizenship or legal residency. According to a Department of Homeland Security press release from December 20, 2012, just 13 states had met the act's requirements. Missouri was not among them. The act permits states to retain an applicant's name, certificate numbers and other basic information in lieu of a birth certificate image if state law requires or if a person requests it. The Department of Revenue recently started scanning information from such documents.

Schaefer told KOMU 8 News the Department of Revenue said it has no protocols in place for destroying personal data as required under RSMo 302.183. He said the agency did not say how big the grant was or when it first got the money, nor did the agency indicate who it is sharing the information with. Schaefer said the agency's director told him the agency works with a company called MorphoTrust, which is part of a French-based consortium called Safran. MorphoTrust USA's website says the company is the largest provider of credentialing services in the United States.

Sen. Jamilah Nasheed, D-St. Louis, told KOMU she was appalled the Department of Revenue collects such data in the first place. She said keeping all of Missourians' data in a central location makes it vulnerable to hacking. "What if they got all those birth certificates? People would be in a chaotic way," she said.

Nasheed was presenting an unrelated bill to the senate when the discussion began. She said Schaefer should have waited until the announcements portion to discuss the results of this morning's hearing.

The Department of Revenue refused to answer KOMU's questions about the grant or the drivers' license data. Schaefer said his committee will hold another hearing on the data.