Senators make no progress after three hours of abortion debate 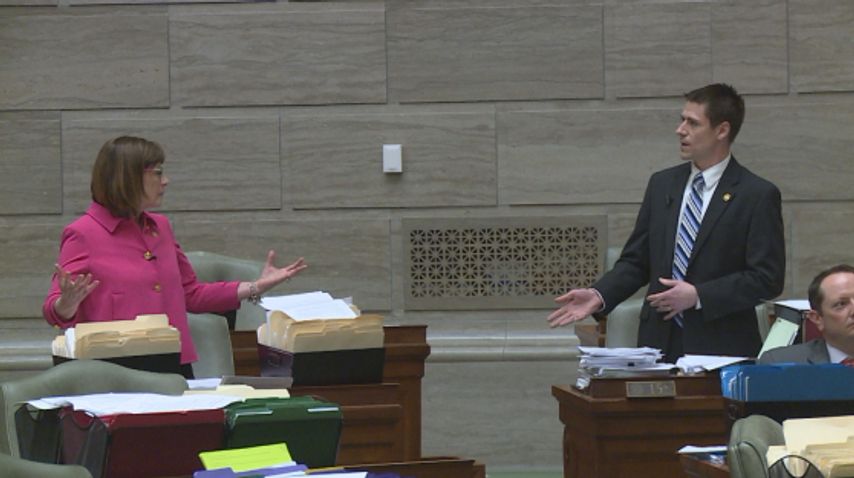 Lawmakers debated for more than three hours about Senate Bill 279.

The bill combines multiple acts and provisions relating to abortion including banning selective abortions for sex, race and disabilities like Down Syndrome.

Other issues include notifying parents of minors getting abortions and prohibiting late-term abortions.

Sen. Wayne Wallingford, R-Cape Girardeau, said it is unfortunate the body can't vote to approve these issues more quickly, since lawmakers' job is to represent the vulnerable.

"Who is more vulnerable than those in the womb?" Wallingford said.

The legislative process is slow in general, but one thing slowing it even more is making changes or additions to bills.

Sen. Jill Schupp, D-St. Louis County, proposed an amendment that would exempt human trafficking victims from the bill completely, allowing them to get abortions. Schupp said it would be wrong to "re-victimize" them.

"Clearly to force these women to carry a reminder or their victimization as a trafficked human being- to be forced to carry to term is something that is heartless and unconscionable," Schupp said.

Sen. Eric Burlison, R-Battlefield, said he was proud to disagree with the amendment. He said exempting victims of sex trafficking would allow traffickers to impregnate women, terminate the pregnancy and put women back in trafficking more quickly.

"I cannot support an amendment that would make it easier and would actually aid sex traffickers," he said.

Sen. Lauren Arthur, D-Kansas City, said the bill is "extreme" for Missouri legislature. She said she would like to see exemptions for victims of rape and incest as well as those of human trafficking.

"Women can be trusted to make decisions," she said.

The proposed amendment did not go to a vote Wednesday.

"This is a bill that this legislative session will be remembered for," Eigel said.

But the session ends next week, so time is running out for this bill and others.

If senators pass the bill they debated Wednesday, House members would also have to pass it before sending it to the governor's desk for approval.

The Missouri House of Representatives approved its own abortion measure, a so-called "heartbeat bill," HB 126 in March.