Senior Citizens are Escaping the Heat 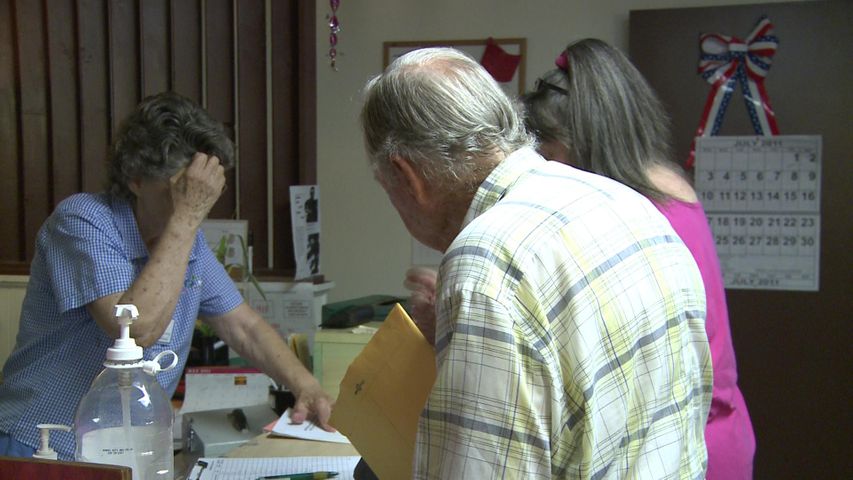 COLUMBIA - Stifling temperatures have sent many searching for relief from the heat, including senior citizens, who have a higher risk of heat-related illness.

Dozens of seniors and their family members flocked to the Oakland Plaza Senior Center Tuesday, one of Columbia's cooling centers, including Columbia resident Carol Thomas.

Thomas said she was concerned for her 92-year-old father's health in the high temperatures - particularly because he doesn't have air conditioning.

"When it's hot like this, since he doesn't have air conditioning, I call him and check on him. I called him last night and invited him to come down and join me today so I'd see he's going okay and give him a chance to cool off, get a good meal, and make it through another hot summer day." She continued, "I think the senior centers are wonderful places, a wonderful resource in the community."

Glenn Hoffman said he visits Oakland Plazer Center regularly, but has been lingering longer than usual to avoid getting back into one of his non air conditioned cars. He said he can see why the centers are necessary.

"A lot of people, especially older people who are on a very fixed budget, they don't have the money to run their air conditioners as high as they might like to, at all maybe sometimes. And so, if they're getting in trouble and they think they're getting overheated they'll come to a place like this," Hoffman said.

The elderly are more likely to have trouble with the heat because they are less likely to perspire, and medications can make them more sensitive.

According to Jessica Park from Boone Hospital Center, six individuals checked into the emergency room Monday for heat related illnesses.

You can follow this link for a complete list of heat advisory tips and Columbia Cooling Centers.