Senior citizens get a second chance for a senior prom 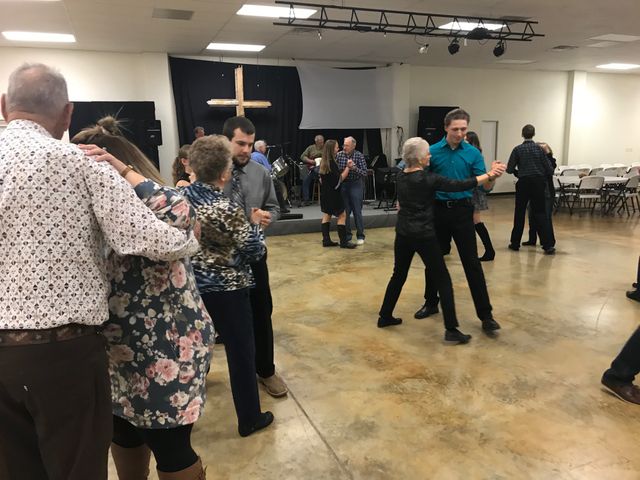 Fulton - Prom season came early this year in North Callaway, with the Future Farmers of America club giving senior citizens their own senior prom.
The FFA hosted the night for Fulton citizens to give seniors a second chance to create life long memories.
The president of North Callaway’s FFA, Skyler Barker, said the event came from feedback from residents.
“We decided to host the event because we saw other schools doing it and people said we would like to have something like that," Barker said.
Prom does not happen overnight. It takes a lot of team effort, something Fulton does not lack.
The décor was designed with the holiday in mind and was Thanksgiving-themed.
The prom had a live band that played line dancing music. Seniors mingled, ate, and enjoyed time with their friends and grandchildren.
Carol Johnson never attended her high school prom but has attended this prom three times.
“Well this is really nice for seniors I think, I like the dancing part," Johnson said.
Diane Watson attended the senior prom for the first time. She expressed how much fun she was having in the first hour alone.
“I got to dance with my grandson already, so that was exciting,” Watson said.
Finding the perfect promwear can be a hassle, but for Watson it came easy. She shopped around to put her perfect prom look together.
“Here and there…all over. It’s my Calvin Klein,” Watson said.
Like any traditional prom, there was a king and queen. The winners names were drawn out of a hat and announced before the end of the evening.
The prom was at Callaway Christian Church from 6 to 9 p.m.