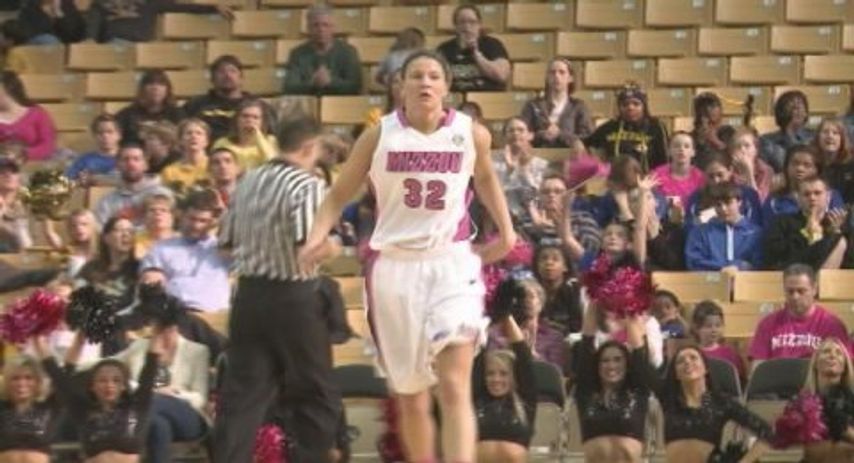 COLUMBIA - Not many things went well for the Missouri Tigers women's basketball team Sunday afternoon -- but Liene Priede's game wasn't one of them.

Priede was 6 for 7 from the field, finishing with a team high 14 points during the 61-56 loss to Mississippi State.

"I thought she played extremely well and you know collectively we didn't have that fire in our eyes, but I felt like she absolutely had it" said Missouri women's head coach Robin Pingeton.

Priede came into Sunday's game averaging just 3.5 points per game and had reached double figures once this season. That performance was against Southern Illinois on December 16.

"I prepare for every game the same -- I guess I just get my confidence back," said Priede.

As a senior on a young Tigers team, Priede knows that she has to be a leader to her teammates.

"I try to do what I can, I try to bring energy every day and just to stay positive," said Priede.

Priede's energy and positive attitude have been factors in the tigers success lately--which has been noticed by head coach Robin Pingeton.

"That's the LP that we've been seeing as of late -- you know the last couple of weeks, and I couldn't be more proud of her," Pingeton said.

Priede will hope to put the Tigers back on track Thursday night when they travel to Nashville to take on the Vanderbilt Commodores.