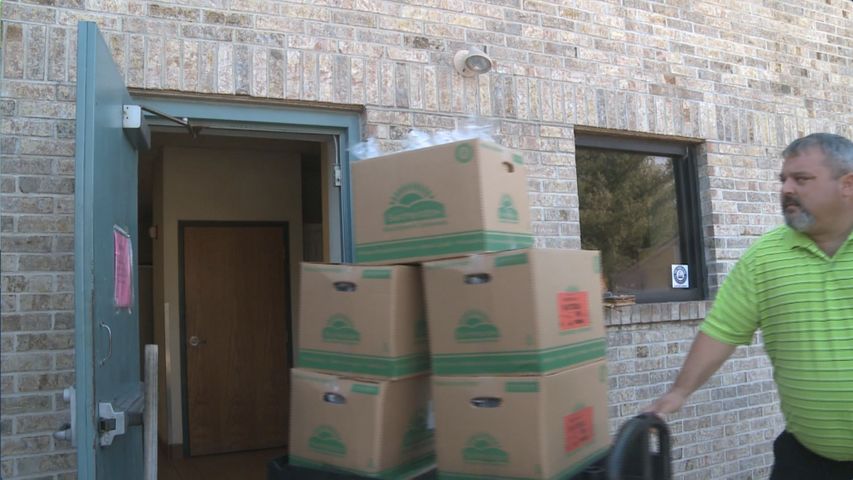 COLUMBIA - The Central Missouri Area Agency on Aging said it’s becoming concerned about federal funding for its programs since data from the Pew Research Center shows 10,000 baby boomers will become 65-years-old each day over the next 14 years.

CMAAA County Services Director Beth Busseau said she would love to think the boom in population could be matched, but she’s not optimistic.

“They would have to take that as a priority over other programs,” Busseau said.

CMAAA’s Senior Meal Program delivers frozen meals to between 300 and 450 seniors once a week in Boone County. Part of its goal is for each senior to have at least one nutritional meal daily. Through senior centers in 18 different Missouri counties, CMAAA delivered more than 540,000 meals from July 2015 to July 2016

The government funds the meals through the Older Americans Act. All other costs are provided for through fundraisers in each county.

Eligibility for the home-delivered meal program is based on age and ability. People must be 60 years old and unable to leave their homes to get to a senior center for other food programs CMAAA operates.

“It has nothing to do with your place in life,“ Busseau said. “Not finances, not where you live, not economics in any way.”

CMAAA recommends seniors donate in return for receiving meals, but it’s not required. Busseau said CMAAA does not turn away anyone who asks for a meal.

“The donation is to offset, so I use the phrase, ‘There’s no free lunch’,” Busseau said.

CMAAA follows a reporting system to the government, so it knows the appropriate person received the meals. The agency tracks who eats what meals and submits the information monthly.

Davison said the program allows seniors to stay in their homes rather than moving into a nursing home.

“Nursing homes are very expensive, and it’s really hard not only on the senior themselves because they’re displaced from the home they love. It also is hard on the family because they’re usually the ones fitting the bill to put their mothers and fathers, grandparents, aunts, uncles into a nursing home,” Davison said.

Many seniors who use the program do not get much social interaction despite living independently, according to Davison.

“Sometimes, we’re the only people they get to see all week. So going out and putting a smile on their faces, and just helping them out a little bit means the world to me,” Davison said.

He said seniors and family members send CMAAA cards telling them how thankful they are. His favorite part of his job is the stories he hears along the delivery routes.

“I could sit there all week and not hear the same stories twice. They’ve had so much experience in life that it’s so nice for them to sit and talk to me about it and the different things they’ve been through, all the different changes and presidents, stuff like that,” Davison said.

Busseau said she thinks people have a big responsibility for the future. She has worked in senior centers her entire career and said she believes in what they do.

“I would so much rather that we support our seniors at home. That’s where they want to be. If that means being able to provide them with a home-delivered meal, how wonderful that they can stay in the place that they are most comfortable,” Busseau said.