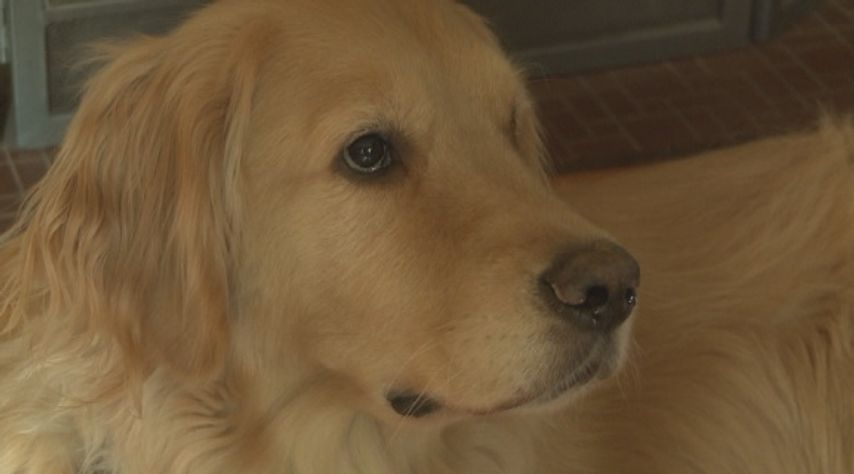 COLUMBIA - Online companies are offering quick certification for both emotional support and service animals. However, neither type of assistance animal requires certification by the government or the Americans with Disabilities Act.

Dr. Terriann Tucker-Warhover is a veterinarian and the director of Puppies with Purpose. The organization trains and places service dogs with people with disabilities. Tucker-Warhover says there are two types of people paying for fake vests, leashes, and certificates. She said some people try to fool restaurants, hotels, and landlords with phony products.

“It’s tough for business owners, for individuals, to really know – is that a service dog that has been taught a specific skill and meets the needs of an individual, is it an emotional support dog?” Tucker-Warhover said. “Or is it a dog that it’s a fake service dog? And that is actually tragic.”

Service animals have special public privileges and are usually allowed in restaurants, hotels, and other places that are otherwise off-limits for pets.

Julie Brinkhoff is the assistant director at the ADA office in Columbia. She has experienced the other side of it. She said sometimes the fake certificates also fool people with real disabilities and service dogs who think they need proof to have their animal in public. Unfortunately, many of these people live on a fixed income and waste money they can’t afford to lose.

In order to protect people with disabilities, the ADA trains employees to comply with its standards.

“The establishment can ask two questions. Those two questions are: is this a service animal, and what task has this animal been trained to do?” Brinkhoff said.

The questions are designed to protect the disabled, but make it easy to fool a business. Establishments aren’t allowed to ask for proof of a disability or proof that the animal is trained to help them.

“The reason for this, I believe, is so that people with disabilities could come in and out of places easily, without a lot of attention or delay,” Brinkhoff said.

This makes it easy to pass an animal off as something it’s not.

“Many of those dogs aren’t trained properly and they may misbehave, they may have aggressive tendencies,” Tucker-Warhover said. “Many people will see that and go ‘oh wow, service dogs, they’re not, you know, they’re not anything special.' And so it gives the service dogs a bad name.”

Emotional support animals are a different kind of assistance animal. However, they do not have special public privileges.

“Emotional support animals are covered under the Fair Housing Act,” Brinkhoff said. “This is housing only. The ADA only covers service dogs.

Both women said they are working to make the guidelines for assistance animals clearer.

“They probably need to tweak the laws a little and maybe have some kind of certification, testing, or something so at least you know the dogs have basic obedience,” Tucker-Warhover said.

For now, businesses are left to trust their customers and the ADA guidelines.