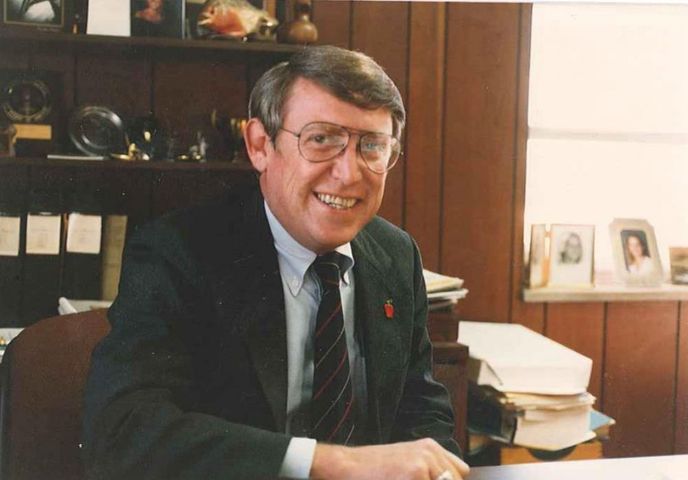 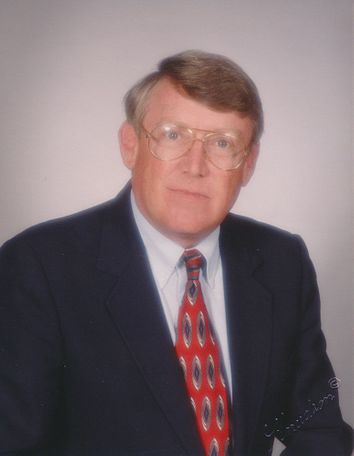 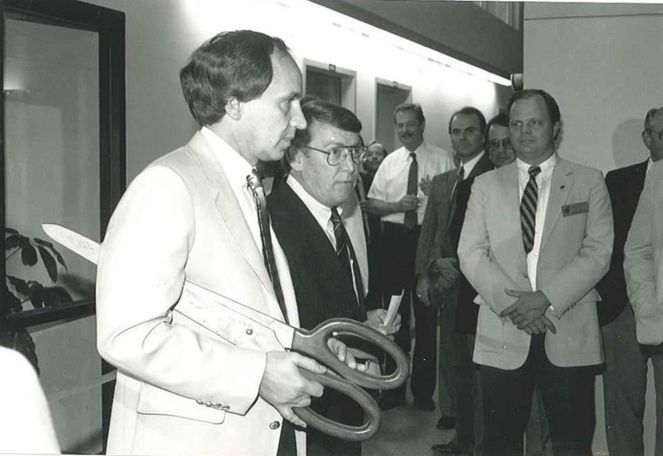 Gray took over as general manager in 1974 after the departure of Robert Dressler. Having graduated with a Bachelors of Economics from the University of Missouri in 1962, Gray had virtually no experience in broadcasting when he took the position.

Gray is credited by many for saving KOMU financially and solidifying the station's profitability during his 25 years as general manager.

"He always had the best interests of the station in mind and thought of several ways it could improve," said longtime friend and colleague of Gray, former vice chancellor Kee Groshong. "He was always protective of its revenue and funding as well."

Gray came in when the university was considering selling the station due to debt.

"His rescue of the station resulted in many hundreds of students getting their broadcast journalism education and career launch," said former colleague and current MU Broadcast Department Chair Kent Collins.

In the midst of the revitalization and rework of KOMU's usefulness to the university, the station received the Edward R. Murrow Award for Overall Excellence/Small Staff from the Radio and Television News Director Association under Gray in 1994.

Gray was dedicated to making KOMU heavily involved in the community. Director of MU's Jonathan B. Murray Center for Documentary Journalism Stacey Woelfel worked with Gray from 1986 to 1998 and said Gray saw the station as a "locally-owned gem" that had a commitment to the community.

According to Woelfel, Gray's philosophy was "reach out to viewers and the community to be a force for good."

Roger Gafke was a former colleague of Gray's and compared Gray's work ethic to that of a duck.

"Gliding across the water so smoothly," Gafke said. "But you know underneath he was just paddling furiously to accomplish his mission."

Gafke spoke highly of Gray's success and said his mission was the most complicated mission a television manager could have, but Gray's actions would make it appear easy.

"I'm sure he had to make decisions that faculty members in the broadcast department would have been unhappy with," Gafke said. "But I can't remember any of them now. They surely were inconsequential because he was so focused on accomplishing his goals."

Following Gray's early retirement in 1998, he was succeeded by KOMU's current general manager, Marty Siddall, in 1999.

"I am saddened to hear of Tom’s passing. He was not only a great broadcaster and respected businessman but also a community leader and mentor to many. Tom made a huge contribution to the legacy of this television station. He will be missed," Siddall said Thursday.

[Editor's note: This story has been updated with the time and location of funeral services for Gray.]