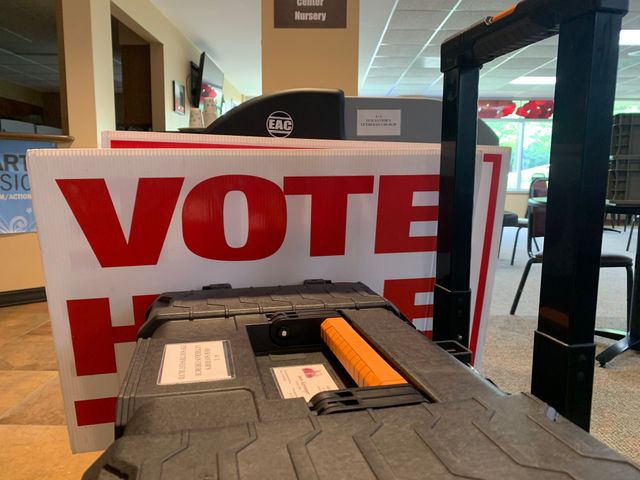 “We had about 20 people we had to replace between retirement and the COVID—didn’t want to work,” Cole County Clerk Steve Korsmeyer said. "So, we used our alternate list and pulled from there. So, I think we have 145 judges total. We should be covered. We should be fine.”

Korsmeyer said even the alternate list "is depleted" now.

“It’s a job that has to be done,” Quigg said. “I feel like I’m going to take proper precautions. And I worked in June, and I had no ill effects, so I feel confident.”

Experienced poll workers, like Quigg, have been paired with new workers. There are typically six poll workers per precinct.

“Because we are kind of shorthanded, the clerk has tried to put experienced workers—pair them up with the less experienced, so that everyone can successfully complete the job,” Quigg said.

The polls could also look a little quieter Tuesday, too.

The deadline to vote absentee was 5 p.m. Monday.

There will also be hand sanitizer stations set up in precincts. Poll workers will also wipe down equipment and tables throughout the day. Both voters and poll workers are encouraged to wear masks or face shields.

“They all have the choice—if they want to wear a mask or gloves or face shields,” Korsmeyer said. "I ask everybody just to use common sense.”

The clerk said voters can bring their own pens, so the only thing people will need to touch is the ballot and the poll pad voters sign with their fingertips.

Quigg said she will wear a face shield Tuesday. She said her precinct will scan photo IDs to limit hand-offs.