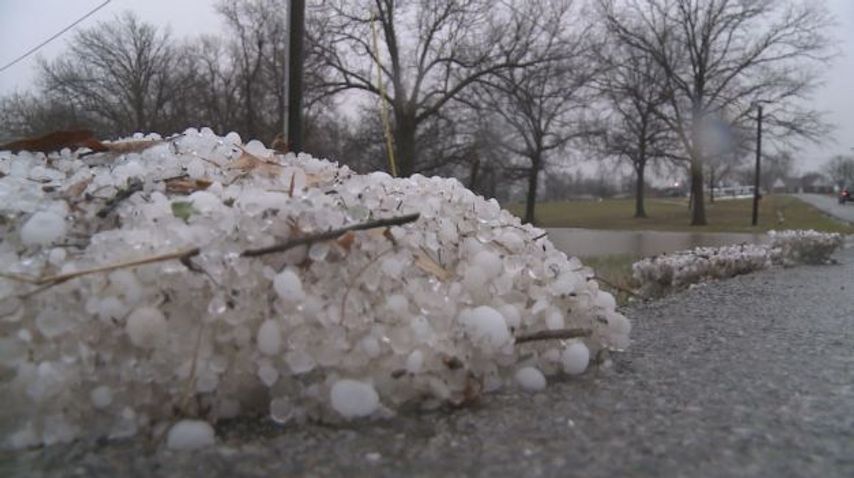 FULTON - Mid-Missouri saw its share of bad weather Wednesday morning. In Fulton, large hail piled up on streets and buildings throughout town.

William Woods University campus security said they heard several cars were damaged, but officers hadn't seen it for themselves. They also said hail clogged some pipes on campus, similar to when leaves block them in the fall.

There was also flooding throughout the Fulton area.

Fulton resident Bill Bilschmidt said he was at home during the storm. "It sounded like gravel hitting the roof making thumping sounds," Bilschmidt said.

Fortunately for him none of his property was damaged. However, his cats got a little scared. "The cats heard the noise and ran for cover."

Bilschmidt's grandchildren, who are in town from San Diego, found the storm mesmerizing.

"The grandkids enjoyed the fact that we had thunder and lightning because they rarely see that in San Diego," Bilschmidt said.

Bilschmidt and the rest of his family plans on spending the rest of the day in Columbia at their friend's indoor pool.