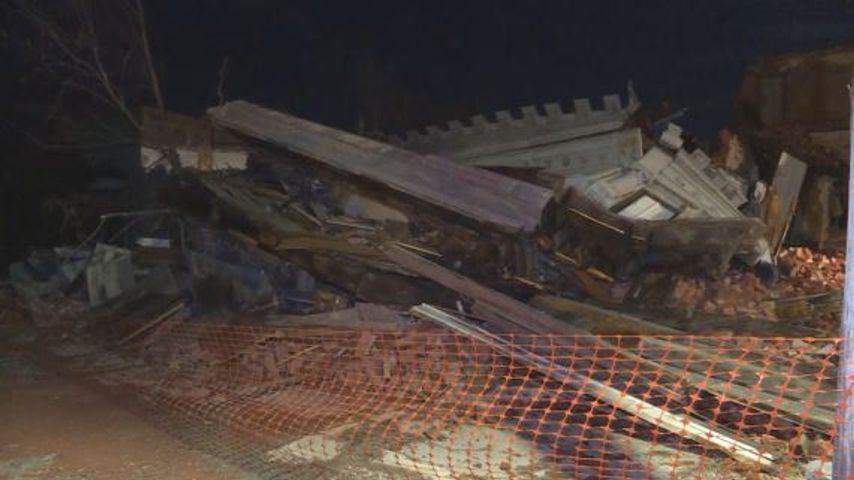 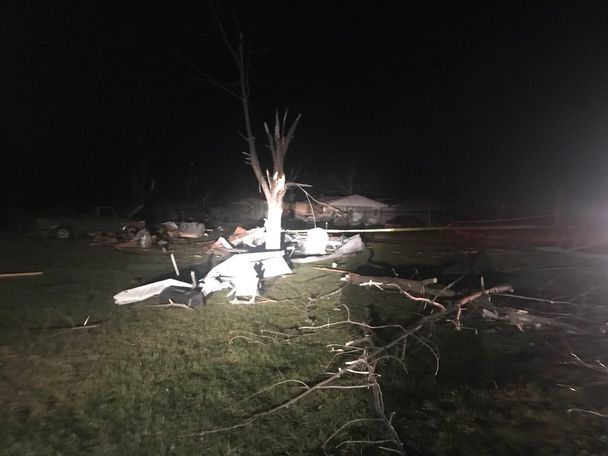 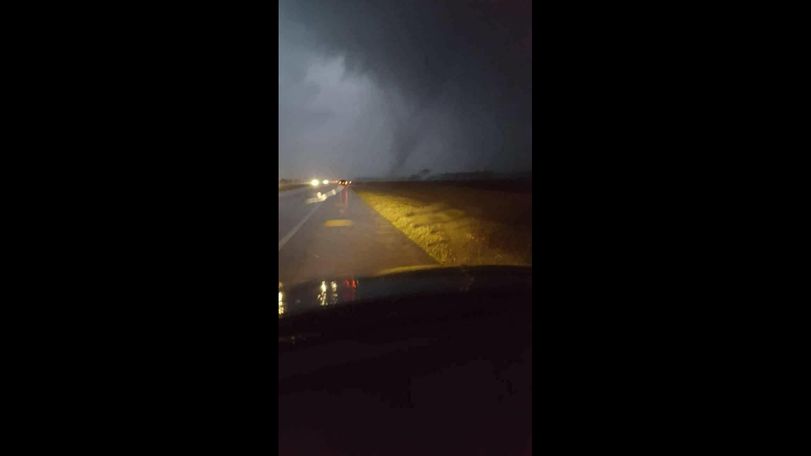 The National Weather Service from the Missouri State Highway Patrol confirmed there were several structures between Higbee and Renick damaged by winds. One of the destroyed buildings is a double-wide mobile home. At least one injury was confirmed at this location. Power lines were reported to be down along this same path.

The National Weather Service could not confirm whether a tornado touched down in Randolph County. As of Monday night, the NWS considered all reported damage as thunderstorm wind damage.

According to the S.E. Randolph County Fire Department, Captain Charlie Peel, he believes 3 houses in the area are a complete loss.

I’m in Renick, MO where a tornado was said to have touched down. Moberly Firefighters are here and said a propane tank is leaking. @KOMUnews

Trees are down and one man who works for a railroad company said 12 houses have been affected. Railroad traffic has been suspended. @KOMUnews pic.twitter.com/5tXWZqaiYK

This home here in Higby, has suffered some damage from the storm. @KOMUnews pic.twitter.com/PZza3UzI9g

Lots of trees are down in Renick. One resident says this is the same path the tornado in 2006 took. @KOMUnews pic.twitter.com/lOsD5xTq68

This building in Higbee is completely flattened to the ground after severe weather came through earlier tonight. Can’t confirm tornado touchdown yet. Stay updated on @KOMUnews at 10. pic.twitter.com/x52SUolOU4

Here’s a look at a house on Front St. in Renick. The caution tape is still up due to the propane tank leak. @KOMUnews pic.twitter.com/iLJx3ZADSV

This story will continue to be updated as we receive updates.