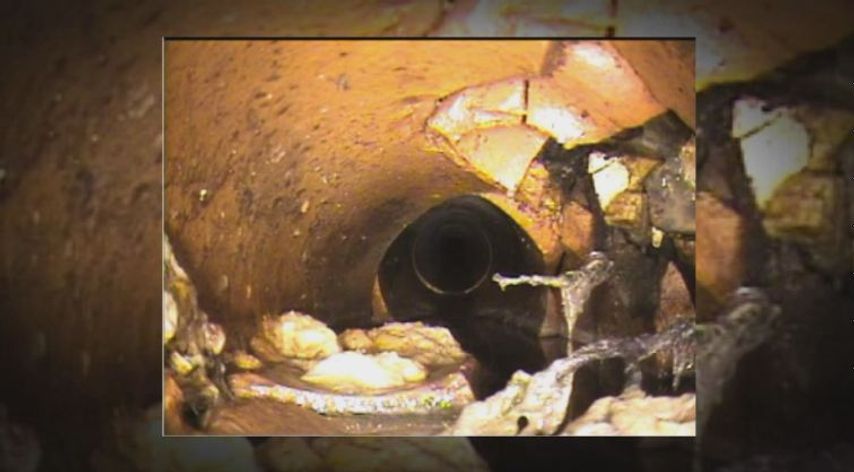 "That's unprecedented growth in our history. A lot more electricity needed, a lot more sewage produced, so right now were kind of maxed out in that regard," Matthes said.

Jack Downing adds to the influx of people downtown and said the location is ideal. Downing's apartment complex on South Ninth Street was sold to another proprietor earlier this year with the possibility of being demolished due to poor infrastructure.

"When I first moved in three years ago, I noticed hearing water running from our bathroom and didn't really know what was going on until we looked under the lid and we saw that it was just continuously running water," Downing said.

According to Matthes, the sewage system is one major problem downtown currently. The city is moving toward a "smart growth philosophy," encouraging people to bring density downtown, re-develop instead of greenfield development. However Matthes said, "We have to look at each project and say does this need electricity, will it produce sewage and if it does the end answer is no, you can't build."

Downing's apartment complex was built more than eighty years ago and uses 10 gallons every time the toilet is flushed, according to an inspection done by the city. Newer toilets typically use only one gallon. The project to replace these apartments was approved because it will result in less sewage being produced. On the other hand, Mattes says a new 20-story building downtown, "is a giant increase in the amount of sewage produced and a giant increase in amount of power over using that land today, so that's one we have to say no to right now."

Downing said he's uncertain with the city's decision on the downtown infrastructure freeze.

"With the new business and influx of people your kind of torn because you don't want the city to do anything that they shouldn't be doing with the water system, but at the same time you kind of want them to keep building up downtown," Downing said.

One setback Columbia's sewer system is having is too much rain getting into the sewer pipes, which can only handle so much pressure. "It begins to shoot up and then we have raw sewage running into the creeks, down the streets and into people's basement," Matthes added.

In the 1930s, sewer pipes were made out of cardboard, which still linger underground, but while the city is replacing the cardboard pipes, the brick pipes are leaking and causing more damage. Matthes said the cheapest solution in fixing the pipes is to reline with concrete epoxy, which is stronger than concrete and can dry in damp environments. The city said it's doing that now.

"We have some brick sewers that are over 100 years old, downtown's main trunk line," Matthes said. "It's brick so there's mortar and that doesn't stand up over time either and those are the kind of things we want to get into and reline or replace."

Currently, there is $1.6 million of cash in reserves the city could put toward improving the sewer system. Matthes said to complete the necessary sewer work downtown the city will need an additional $12 million. This money would have come from a proposed tax increment financing district, or TIF. The TIF was proposed at the city council meeting on March 4, 2014, but it did not pass.

"During last budget year we made a plan to add an additional feeder line, which will bring in additional electricity to the downtown area from the Rebel Hill substation," Kacprowicz said.

Right now, Columbia's downtown district gets all of its electricity through the power plant on Business Loop 70, but since the Rebel Hill substation on St. Charles Road has a free circuit, one line will be used to help generate downtown bringing in seven more megawatts.

"That line is going to be using some of the existing infrastructure. The cost of that is $1 million and that was budgeted for the fiscal year 2013, so that project is currently underway," Kacprowicz said.

Eight different substations generate Columbia's electricity. A substation transforms voltage from high to low, or the reverse. Electric power can flow at any given time through several substations at different voltage levels with the end product supplying electricity to homes and businesses.

"If we see a line go down or more electric use in one area, we can usually re-route that power and make sure it gets to that area, so when your looking at an electric system it's really only as strong as its weakest link," Kacprowicz said. "We're constantly looking at the electric load to see where the electricity is being used and how much is being used."

To ensure transferring one line to another circuit or bringing in a new circuit Kacprowicz said an electric system should never be running at 100 percent for flexibility purposes.

With the changes to come downtown Downing said he hopes it's for the best.

"We love living where we do here. So as long as it's within the city regulations with water use or electricity, we love to see the new stuff come up," Downing added.