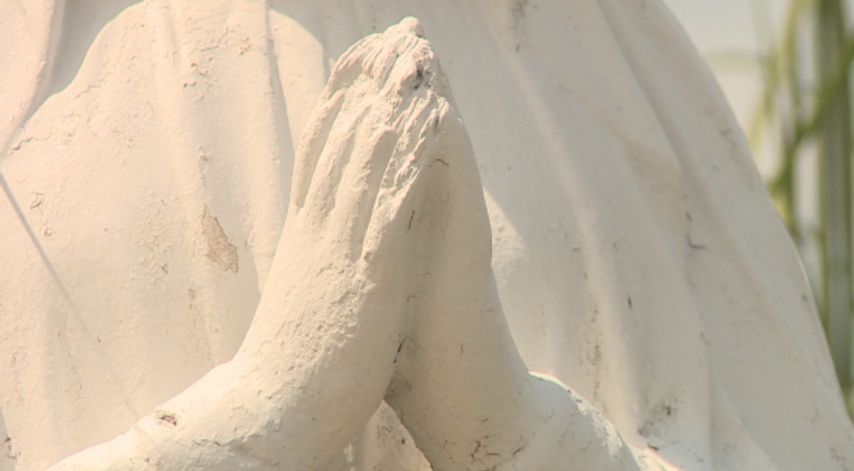 COLUMBIA - Representatives from Survivors Network of those Abused by Priests (SNAP), met outside of the Lady of Lourdes Catholic Church in Columbia on Wednesday.

The group asked mid-Missourians for help and encouraged everyone to write letters to the St. Louis County Judge Ellen Hannigan regarding the sentencing of a convicted predator priest.

Supporters and members from the group are encouraging everyone to write letters urging the judge for the maximum sentence.

"We would like anybody especially those who were abused by Fr. Lenczycki to know that they can speak up and write to the Judge," Chlossey a member of SNAP said. "And we think it would send such an incredible message to mid-Missouri Catholics.

At the news conference, David Clohessy, a sexual assault survivor, spoke up about how he was abused by his priest when he was 11-years-old.

"Like any kid, I craved adult attention," Clohessy said. " I was flattered when this adult man took an interest in me."

"I had never had the birds and bees talk with my folks," Clohessy said. "So quite honestly if someone might have walked in on him molesting me, I wouldn't even know with what he was doing."

Clohessy said he grew up in a devoted Catholic family in Moberly. He said his priest, Father John Whiteley is accused of sexually assaulting him, his brothers, and other children in mid-Missouri.

Other priests in the area are worried these experiences will turn mid-Missourians away from the church and put negative connotations on the religion.

"We would hope it does not deter people from being involved in the church or thinking that more clergy are like that," Fr. Francis Doyle said.

In a statement, the Diocese of Jefferson City said they remain committed to a safe, healthy and holy environment for children.

"Furthermore, our preferential concern is for the survivors of sexual abuse," the statement said.