Shakespeare's boards up its windows, still no date for demolition 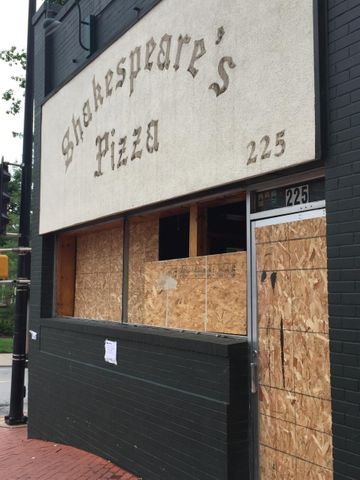 COLUMBIA - Shakespeare's Pizza said Thursday it has boarded up its windows in preparation for its pending demolition.

The Columbia landmark had boards covering the windows and doors Thursday. Manager Kurt Mirtsching said Brady's Paint and Glass boarded up the windows earlier this week. Mirtsching said the next step is to get the utilities disconnected before any demolition can happen.

"We have no firm date on the actual demolition," Mirtsching said. "I don't know who the contractors will be."

The iconic Columbia restaurant temporarily moved to 220 South Eighth Street in late May, where BBC II was located. Although there is no date set for demolition, Mirtsching said Shakespeare's should be back in its original location by August 2016.