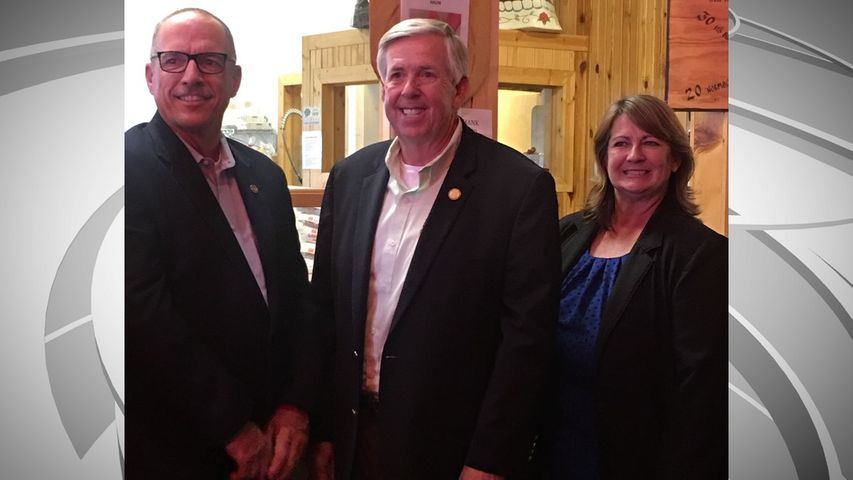 COLUMBIA – Lt. Gov. Michael Parson visited five Missouri businesses Wednesday to launch the “Buy Missouri” campaign, which recognizes and promotes products made by Missouri companies and manufacturers.
Shakespeare’s Pizza in South Columbia was Parson's final stop.
“Shakespeare’s is a perfect business that we want to take a look at,” Parson said. “They’re shipping all over our retail markets across the state of Missouri. But do people really know when they go to the grocery store, that product in that shelf is from Missouri?”
Kurt Mirtsching, who manages Shakespeare’s Peachtree Drive location, said he is honored to be recognized by Parsons.
“He chose this location out of our three because this is where we make the frozen pizzas that we sell all over the state,” Mirtsching said.
His location distributes pizzas to more than 90 grocery stores throughout the city. It also supplies pizzas for fundraisers for school districts.
Parson also traveled Boonville, Cape Girardeau, St. Louis, and St. Charles during Wednesday’s tour.
“The concept of Buy Missouri is we want people out there, when they go to the grocery store, a hardware store or wherever they go to do business, they take look at a Missouri product and they’re aware a Missouri product is in there,” Parson said.